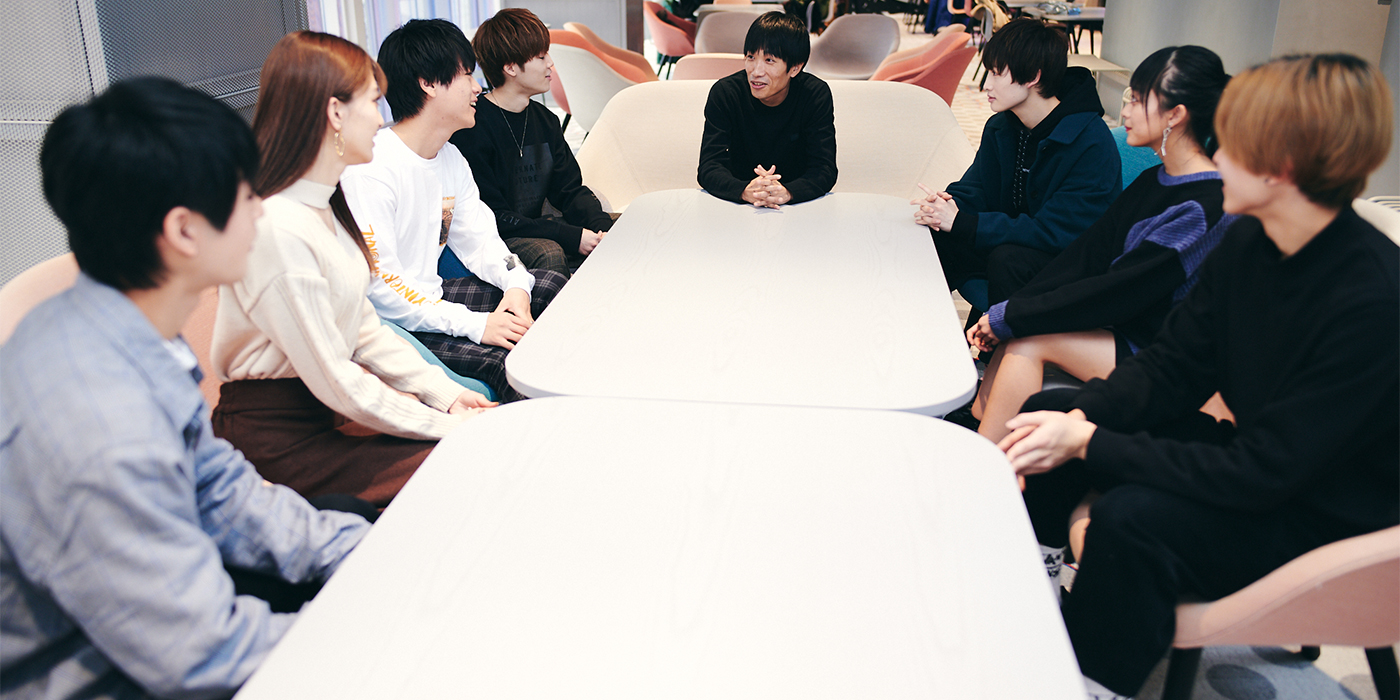 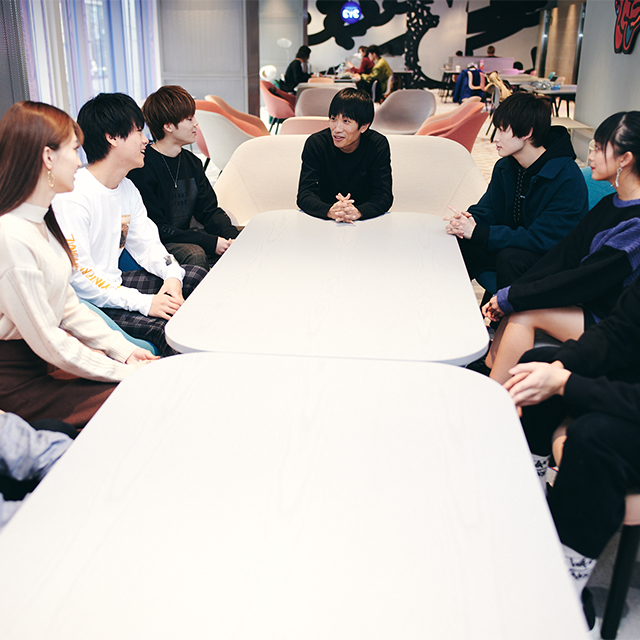 GENIC’s Charge to the Heart of Avex.
New-age Group Ponders
Image and Self Producing

The a-genic PROJECT that started in the spring of 2019 brought together twelve young men and women who made it through auditions to be part of a limited-time unit as they compete for their place to become an official member, survivor style. After a gauntlet of exhausting lessons and live performances, the official seven members were chosen later in August the same year. Adopting the new name “GENIC,” they released their first compilation SUNGENIC ep in November and had their first show GENIC Premium Showcase in December, marking their first steps in growing into their own shoes. We sat down again with project manager Junichiro Kawata who spoke with us before the official members were announced. This time he is joined by the members of GENIC for a full-on in-depth interview. 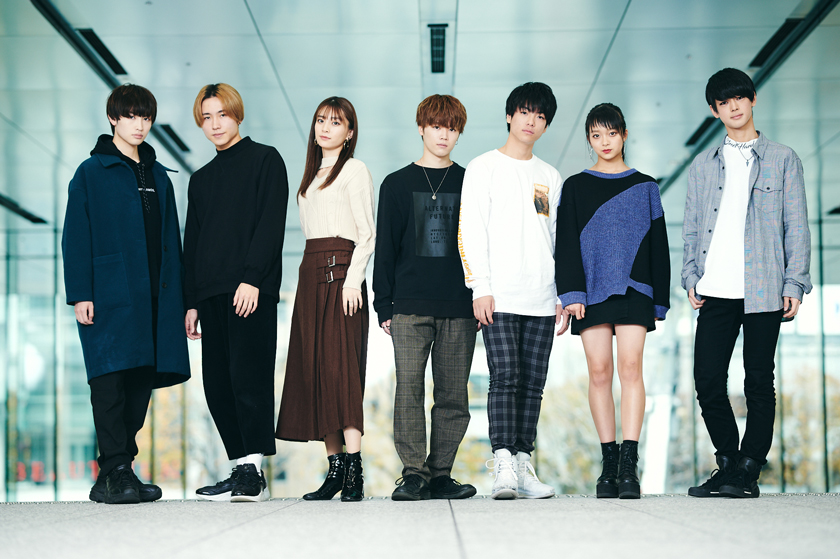 INTERVIEW
Entrusting the DNA of Avex to a New Generation.
The “a-genic PROJECT”:
in Pursuit of Possibilities and Relatability

Personal ties and ideal
symmetries that were
made through a game
of survival. 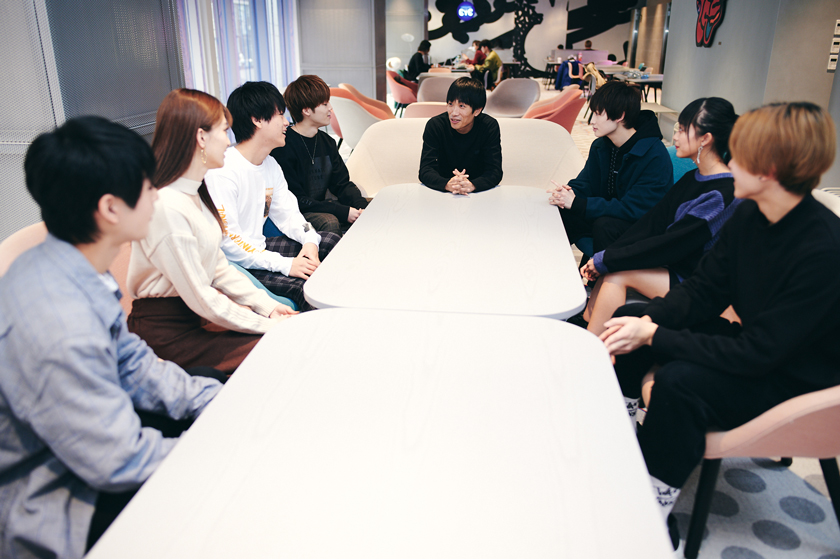 The seven official members were announced only after their last performance at a-nation Osaka. As the singing and dancing group that is meant to carry on the DNA of the Avex label, much time and effort was spent in fostering these young talents over the course of the summer.

Kawata :Of course skill played a semi-important part in the selection, but throughout the whole process, from audition to end, we paid attention to the individual personalities that when put together could create the best balance to form a tight-knit, functioning group. During the a-genic PROJECT, we changed up their formations for every performance, so it certainly couldn’t have been easy for any of them, but we wanted to see a variety of sides they had to offer, including the image they present when standing on stage together. In the end we could see that this led to them raising each other up and building ties.

As a result, we got to see the charms and talents inside each and every member over the summer packed with lessons and performances, that we couldn’t see in the initial auditions. This also created a feeling of empathy, or mutual attraction amongst the so-called trinity of Avex, artists, and fans. 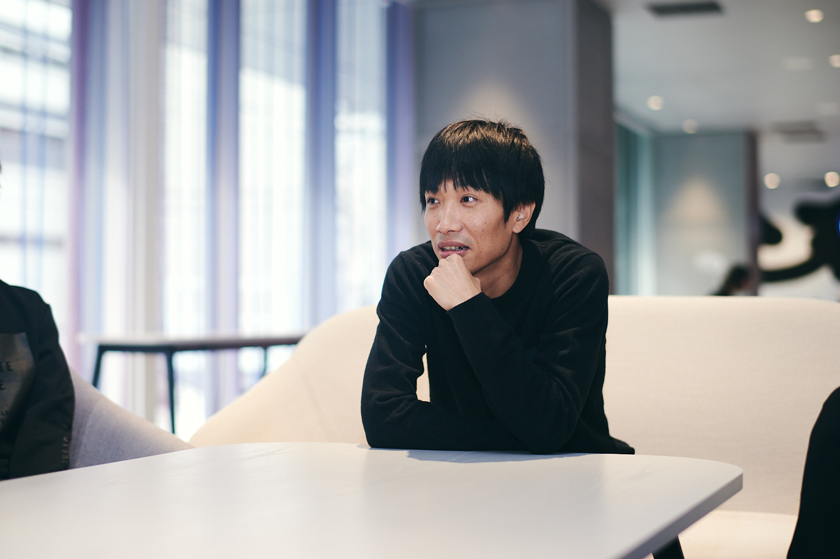 Kawata :Spending time with them allowed me to see a lot of great sides as well. Also our decision to go with seven people was just a balance thing. I knew that the number seven has good symmetry, but initially we wanted to go with eight members for this project. I’m sure there were a lot of hurdles when it came to formation on stage, but they showed great adaptability.

The project was aired on YouTube as a documentary, with new episodes coming out weekly on Fridays from 6:00 pm. The series followed the members up close, successfully creating a fan base made mostly of people in the same age group as themselves, a near rarity when it comes to creating new groups. Viewers were also surprised to see the mutual respect and team camaraderie seen amongst the members, as opposed to the cut-throat tension one might expect from a survival show.

Kawata :Since it was a game of survival, you would think they would be more “me, me, me!” You would expect more friction. But it was in fact the opposite. They placed great importance on the team as a whole. I think it relates back to the fact that if a-genic didn’t become a good team, then no one was getting picked. But on another note, it was a refreshing discovery to see that they were actually growing ties and becoming a tight group as the weeks went by. 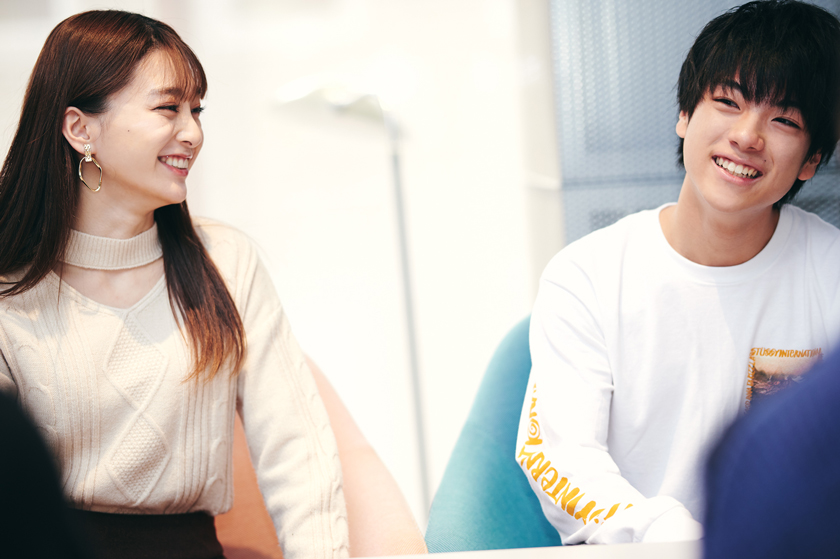 You can also feel how much the members cared for the team through their choice of words. These feelings gradually led to solid camaraderie as time went by.

Maria Kaneya(MARIA) :Since I was the oldest female member, I felt a sense of responsibility to take the reins and was surprised to see everyone be open to my advice. I think everyone was very conscious of what role they had to play in the team and that we all went in the right direction.

Kakeru Amemiya(KAKERU) :In the beginning I wanted to stand out more, be up front. But as time went by I started to think more about the group as a whole.

Atsuki Mashiko(ATSUKI) :There might have been more rivalry if it was an all guy group. But the girls brought a totally different perspective to the table which created a balance and helped things go smoothly as a group. There were also a lot of people with empathy, which might speak more of the times.

Yurari Ui(YURARI) : I learned a lot about the virtues of being on a team through this project. You know, being able to work hard as one, aiming for the same goals, and hitting the same walls. We resonated with each other, raised the bar and soaked up what we could. It gave me a feeling of happiness to be among such friends. 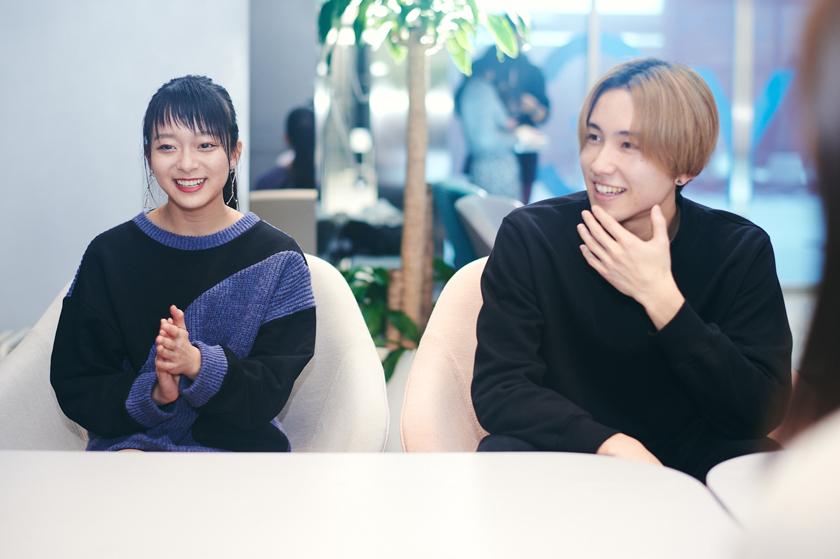 One thing that the members of GENIC were sure to keep in mind while polishing their quality as a group was gratitude for their fans—the exact same feeling that created the groups mutual understanding.

Maiki Nishimoto(MAIKI) :A-genic was a survival unit, but you can’t create a good performance without being able to work as a team, so we were all conscious of that. It’s an important skill and I think we were being watched for that. And I’m pretty sure everyone was thinking of how they could build their individuality on top of that.

Joe Nishizawa(JOE) :If there was friction between us the fans would pick up on that and since we were laser focused on giving the audience a good show, I think we created a great atmosphere throughout the team.

Ryuki Koike(RYUKI) :Needless to say on the individual level we were all rivals, so even if you noticed something in the other that you think they ought to improve, you don’t really want to tell them, you know? But when you thought about the team, you came around and were able to speak up. It was good that we polished and improved our performance with each show, and that we could give each other feedback. 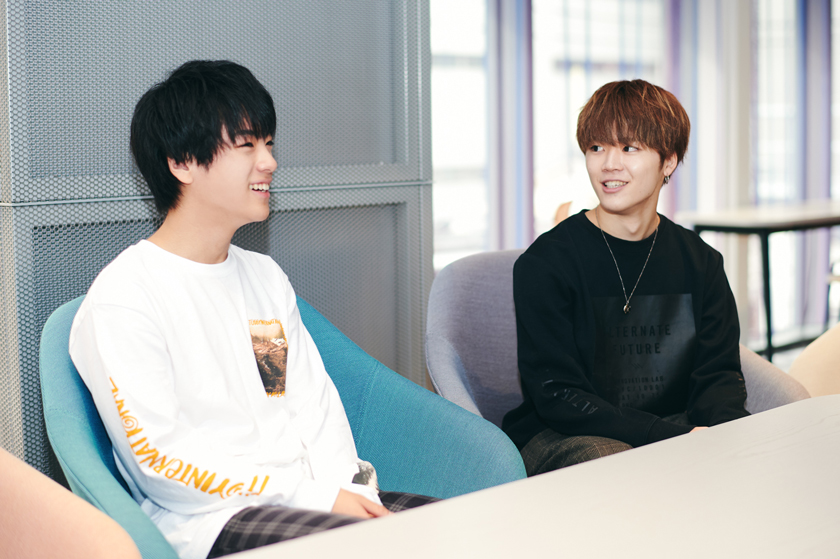 Though Kawata has been involved with numerous mixed-gender dance and vocal groups, the a-genic PROJECT was his first time operating a survival style production that showed the ups and downs of the group forming process. We asked Kawata for his candid feelings now that the first stage is over for a project that entailed so much responsibility, including the expectations of the Avex label.

Kawata :Half of the a-genic PROJECT was practically an audition. Even at the after-show meetings, there would have been much more direction from our part if it was an officially formed group. But this time, since we left most aspects up to the members to decide we place importance on the individual at the same time as the overall framework. By doing so we hoped to see what each had to offer in terms of skills and potential. They all had respect for the team, but it wasn’t all that. There was indeed some rivalry. You could tell they were really thinking of ways to show their individuality while being surrounded by limitations, and it was intriguing to see that side appear here and there. I think this will become one of their key foundations from here on out as GENIC.

GENIC has released their first streamed EP SUNGENIC ep in November of last year, including 4 songs, their newest singles SUN COMES UP and HISTORIES, as well as READY GO and NATSUKOI –Memories of Summer- from their performances as the a-genic PROJECT.

Kawata : We wanted to show their diversity, and limiting their first release to one song cements their image. We also thought that we’re not in the times where you can just put out a full CD right off the bat. So we decided to release a four-song EP that you subscribe for. If they were a group with no background whatsoever it might have been a steep hill to climb, but fans have seen the strife and tribulations of the members through throughout the PROJECT, some from even further back during their days in training. This may be their first release as GENIC, but I think it is a very personal and emotional piece of work for some.

GENIC has also tried out a new promotional approach with their fans where the top 350 people to listen to SUN COMES UP on LINE MUSIC from beginning to end would be invited to their first concert GENIC Premium Showcase 2019.

Kawata :Our decision to digitally release the EP and invite fans to the concert stem from our approach towards the industry in the times we are in, which is “first give it a listen, take a look.” In this day and age, there really is no definition for ‘debut.’ It comes in many forms. We were able to give the fans of 2019 a story, and for 2020 we’ll be moving forward as a group properly.

Moreover, the lead song from their 2nd EP soon to be released in February of this year features members JOE NISHIZAWA and RYUKI KOIKE in production as well, taking a hand in lyrics, song writing and even editing. This kind of involvement in the creative process is something you probably wouldn’t see in the upcoming dance and vocal groups a decade ago. Being able to produce their own work will surely be one of GENIC’s strengths here on out.

Joe Nishizawa(JOE) :We often talk amongst ourselves and the intention of being a group that goes from “0 to 1” and making that 1 into 100. Like, producing songs, members that are into fashion producing our stage attire, members that can draw making our merchandise, and so on. I think if we can become artists at the individual level and become a group that can self-produce much of our own stuff then we’d be a force to reckon with.

While GENIC follows this concept as a group born from the a-genic PROJECT, at the same time they are taking on the challenge of diving into the center, the heart of Avex as a mixed-gender dance and vocal group.

Kawata :I think AAA, one of the predecessors of GENIC, was innovative in that they put mixed-gender groups on the map. This was of course thanks to the master producer Masato Matsuura and the ever talented members of AAA. I know it better than anyone after being with them for nearly a decade that their success was a miracle only they could make happen. Just going along the path of trying to perfect a member lineup won’t produce the same results. GENIC is going to have to do something only they can do. I’ve learned so, more and more since starting this project. I want to make sure each member has the talent, a relevant “weapon” to get by in this day and age.

Avex has almost single handedly paved the way for mixed-gender dance and vocal groups in Japan’s music scene. If a new group is going to outdo any of their high-flying predecessors, they are going to have to overcome any so-called pre-established harmony or preconceived notions about the way things are done in the genre. Will GENIC be the new age shape of the creatives for the new generation? Their shared endeavor with Avex may have just begun, but one thing is for sure; Kawata, the composed man at the helm of this exploration into uncharted waters, looked more excited than anyone. 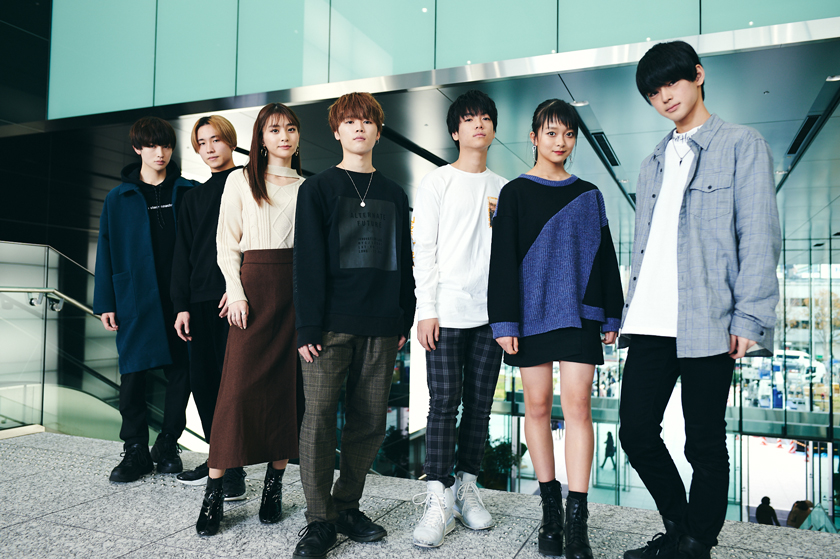