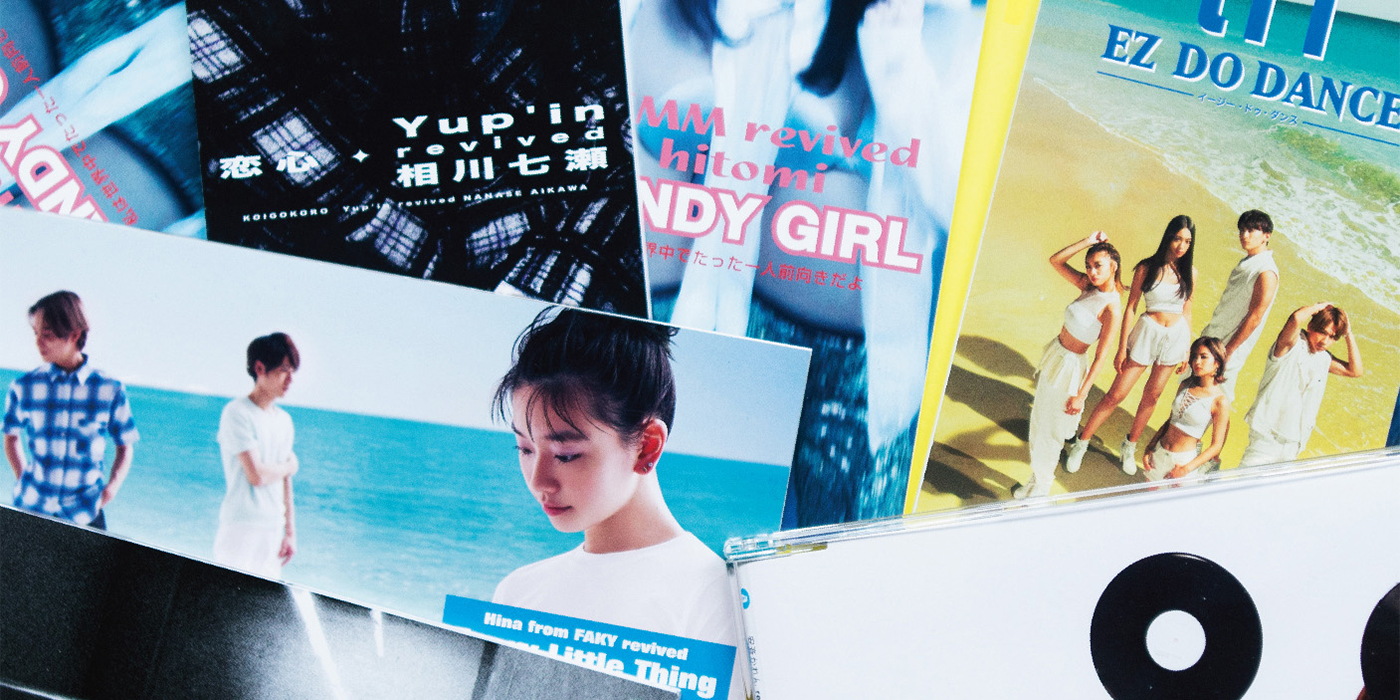 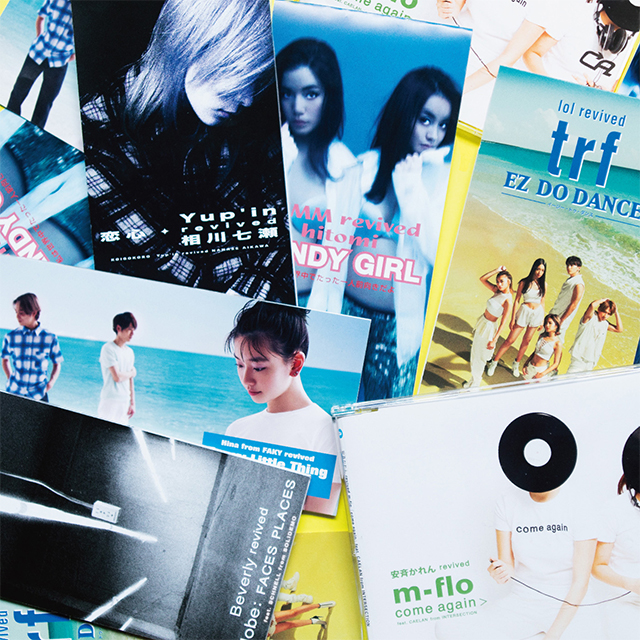 The “Revival” Project: Passing the ‘90s Baton.
Archiving Culture and the Significance of Finding Meaning in New Music

In the 1990s, Avex changed the Japanese music scene through dance music. The ‘90s was an update, from the popular tunes of yore to J-POP which still holds its grounds today. It flipped the scene on hit’s head in the blink of an eye, redefining the youth culture of singing and dancing, painting over fashion, hair, makeup, clubs, karaoke; the whole shebang.

In April 2020, eight next-generation Avex artists collaborated to put together avex revival trax, a new compilation album of covers from the top hit songs of the ‘90s. Those artists are Beverly, CAELAN (INTERSECTION), FAKY, FEMM, lol, SCHNELL (SOLIDEMO), Yup’ in, and Kalen Anzai.

The album is an attempt at handing down the Avex sound from the artists that molded ‘90s pop—such artists as TRF, hitomi, globe, Nanase Aikawa, Every Little Thing, DA PUMP, and m-flo. But that’s not all. Avex’s founder Masato Matsuura produced another compilation album REVIVE ‘EM ALL 2020 featuring a remake of the ‘90s dance smash MAXIMIZOR’s CAN’T UNDO THIS!! but renamed to CAN’T STOP THIS!!, becoming a recent popular topic.

We asked Shogo Nakamae and Tomomi Fujisawa from Avex Entertainment, the two minds handling this project, about the theme and keyword for the company in 2020: “Revival.” Joining us was Atsushi Nishimoto from Avex’s PR department to talk about the value that enterprises gain from keeping archives of music.

The importance of offensive marketing.
An album instilled with hopes for
“recovery, revival, restoration.” 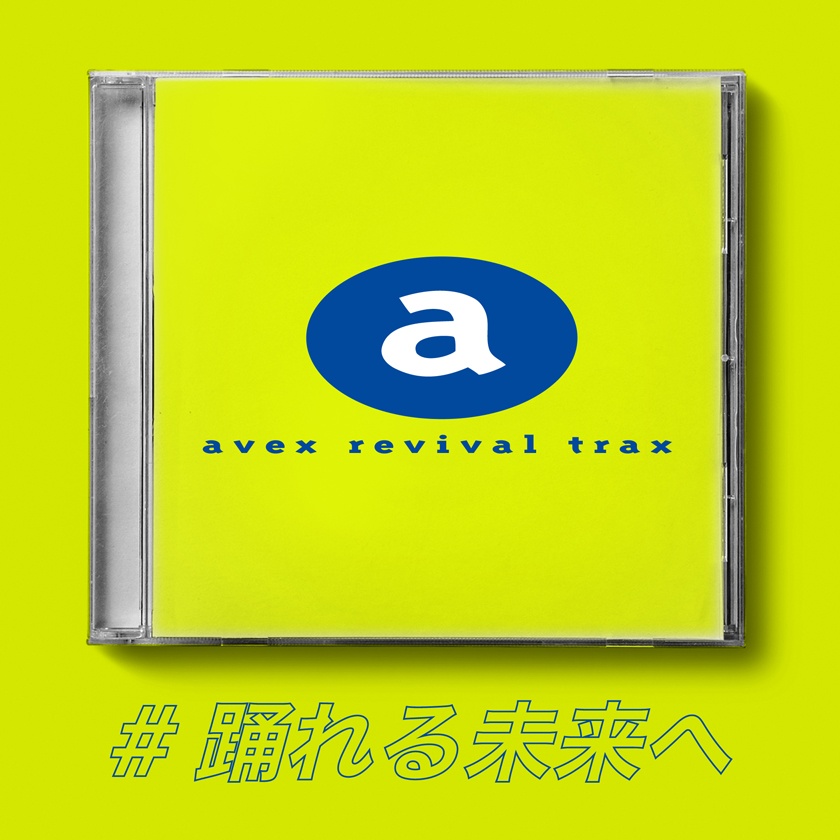 Director Nakamae speaks about why ‘90s culture has jumped generations and has become so popular among those in their teens and twenties.

Nakamae “We started this revival project from a marketing perspective. Not offensive research, but offensive planning and implementing. Chairman Matsuura (Masato) often says ‘the interesting thing about Avex is that we’re based over ground, but at the same time we’re bringing up some things from underground.’ Avex is comprised of those two extremes. In that respect, offensive marketing is important. It’s kind of like, how many potential futures we can foresee. This revival project falls under that. It stems simply from social circumstances. After the bubble popped in the ‘90s, and disco started to fade out, we started to see the rise of woman magazine culture shifting to what’s known as “Akamoji-kei” or “Red-letter style” (popular conservative, and lady like. Opposite being “Aomoji-kei” or “Blue-letter style”). The photo sharing culture (Fujifilm disposables, and Purikura photo booths, etc.) emerged and the so-called Gyaru (“Gal,” bleached hair, gaudy clothes and accessories) culture caught on hard. Those same social trends started reappearing just a few years ago.”

Just as Harajuku culture calms down to shift the trend back to Shibuya culture, the times continue to evolve, ever circling through familiar phases like a spiral staircase. Perhaps these two were able to pick up on the scent of this particular come back.

Nakamae “A few years ago we were talking about there being a ‘trendy drama’ coming soon. Like in the ‘90s, when magazines instantly went from portraying individualistic Aomoji culture to do-as-you-see Akamoji culture. You could say that Instagram was a new type of social network service, but it’s really just the updated version of Fujifilm disposables and Purikura photo booths, right? The boom in inbound fashion was another aspect. The fashion industry is real quick, and you’d see things like Louis Vuitton collaborating with Supreme. So we figured that the next thing to hit the music industry would be the ‘90s. We started getting ready for this from 2017 and we eventually arrived at avex revival trax.” 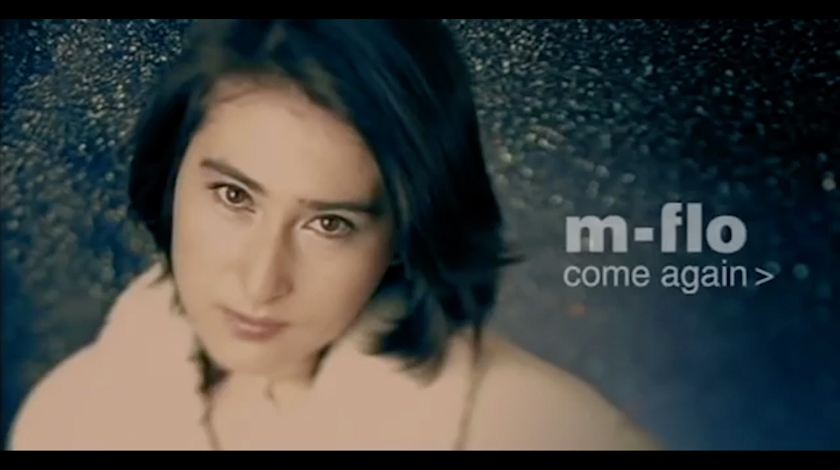 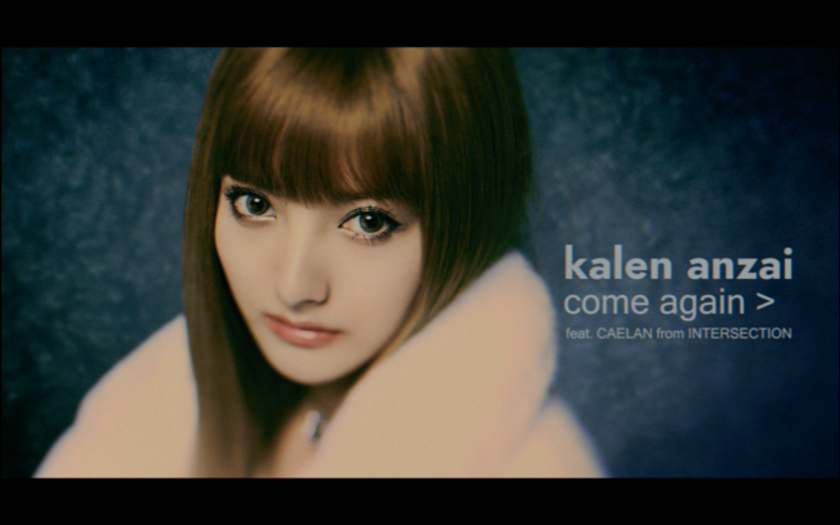 In this fashion, the idea for a ‘90s revival came from looking at social trends from a mixture of two perspectives; the average person going through life and the marketer.

Fujisawa “I put importance on how I felt in my gut, the atmosphere of the times you can start seeing after continuously paying attention to Instagram. Culture both updates and repeats itself at the same time, right? And that cycle is speeding up thanks to the internet. It’s basically revolving around the ‘70s and ‘80s and ‘90s, you know? And at this point in time I think people see the ‘90s all aglow.”

In the “Entertech” generation we’re in now, as the main method of entertainment consumption shifts to subscription services, it is critical for entertainment companies to take a stab at branding old archived bodies of work with added value. As Avex prepared for just this, the world was broadsided with the COVID-19 pandemic. Accordingly, this revival project is instilled with hopes for world recovery, revival and restoration.

Nakamae “There was no foreseeing this coincidence in timing. The coronavirus hit us just as one of the songs on the album was used in the TV drama series M Ai Subeki Hito Ga Ite. As productions came to a holt, this show in particular had prepared their music and visuals earlier than others, so luckily it wasn’t bagged. A little while later, as I was going through the dictionary, looking up the definition of “revival” I was surprised to see it has meanings of “recovery” and “restoration” aside of the usual context that we use it in here in the music industry. In the end, I felt a real sense of coincidence, a kind of fate that tide many things together.”

The importance of “playing”
with music as material.
New communication for the
next generation

The intriguing factor about avex revival trax is the creative collections of CD jackets, photos, artist photos and music videos that pay homage to their ‘90s counterparts. Nakamae expanded on the potential of added value that music culture possesses in being able to melt into and fuse with any other particular culture, as well as memes in regards to how it forms human culture through imitation.

Nakamae “In our ‘Revival Team’ we have this concept of adding value to our content that we call ‘Materialize.’ But not in the original meaning. We see it as implementing music as “material” to be played with. For instance, there is an audition style TV show on TV Tokyo called Yoruyan (Currently the show has temporarily stopped production and auditions due to the pandemic), and the premises is that the people auditioning take songs that Avex has produced and they do with it as they please. It is a progressive attempt at injecting added-value to the music in a meme-like way. Put simply, it’s kind of like Gen Hoshino’s song Uchi de Odoro that he put out on YouTube during the weeks of staying at home. It’s a way of making the music into ‘material’ for different people to play with and express in their own way. The idea itself is something the music industry has implemented for a long time. Songs are ultimately set recordings made in a moment of time. We seem to fall into this illusion that we are selling that song itself, but in reality record companies have sold much more than that. When you listen to music on your car radio, it becomes a way of theatrically directing transportation. Dancing to a jukebox, singing to Karaoke, walking through town listening to your Walkman, dancing in the club, it’s all a choice that people have made in trying to enrich and add color to their lives. We wanted to expand the possibilities of seeing music as material and heighten added value.” 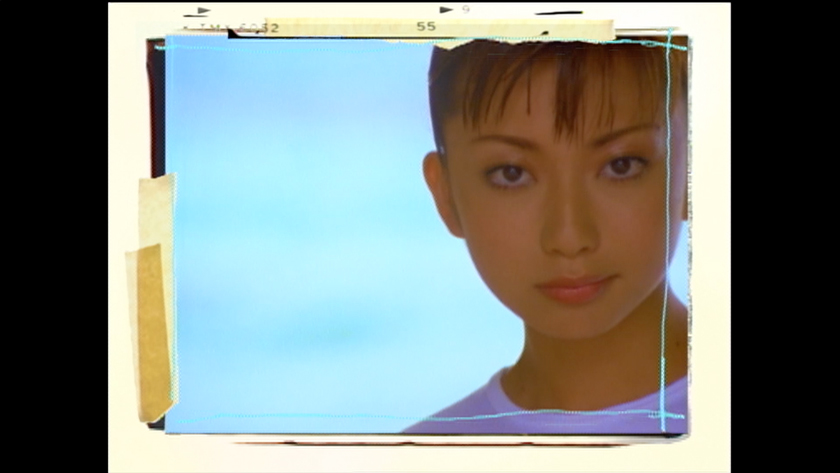 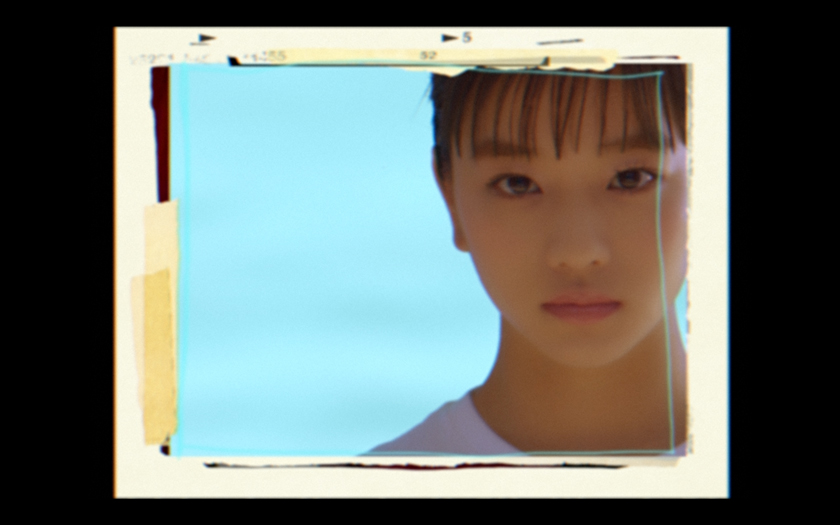 Nakamae aims to make ‘materializing’ music into a tool for creating a new form of communication.

Nakamae “I think it will become an even more important factor in the music scene to come. By turning music into material like, say TikTok does, users will start playing with it. That is important. Because in the end the music spreads too. There are a lot of global examples of this now. Our hits from the ‘90s are an asset to us and by ‘materializing’ them, listeners are free to arrange them to their hearts’ desire, which then updates them and makes it easier for them to reach the next generation.”

Through the keyword “revival,” this ‘90s hit compilation album is an attempt at passing the baton, the sound of Avex from years yonder to the next generation. It is worth keeping an eye on how the label brings their meme effect into play through the promotive aspects of such projects as the popular TV series M Ai Subeki Hito Ga Ite.

The added value in archiving
as Avex sees it.
What is the sustainable goal
for music culture? 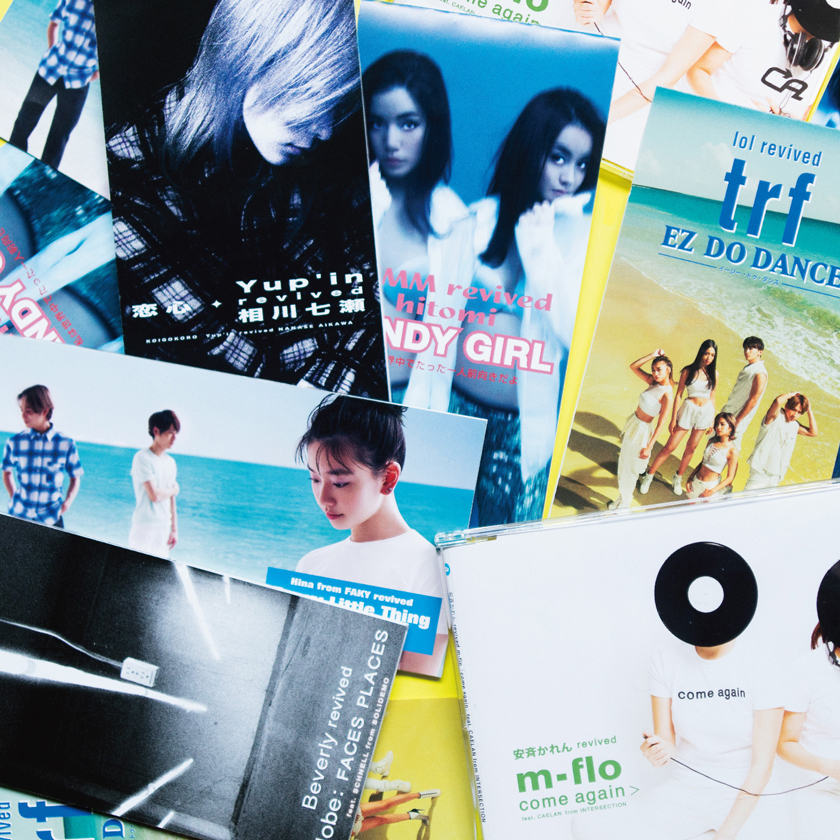 Avex was founded on April 11th, 1988. Atsushi Nishimoto from PR explained the added-value that archives have with their years and years of history packed away.

Nishimoto “Avex celebrated their 32nd anniversary on April 11th. To commemorate it, we made a project called “my avex song” and had employees send in their favorite song from when they were younger. We had amazing nostalgic talks, like ‘Ah, yes, I remember it being like that,” or “those were good times.” The conversations didn’t stop. It reminded me of how important it was to have an archive. Products will usually fade out from the market as time goes on. But music stays around. The creative processes of discovering this added-value and re-instilling new life into those songs is something that I would like to keep dear to us as a company.”

The Avex employee top 100 playlist “my avex song” is now on AWA.

At the end of the interview we asked Nakamae about the impact that songs have on society and the sustainable goals of music culture.

Nakamae “Regarding the SDGs (Sustainable Development Goals set by the UN) in the music industry, I think it all boils down to the fact that we are an industry of pure art. It was and always has been. And that’s everything. The fact that these are people’s careers means that rights come into factor. We are able to keep music culture alive and untarnished by temporarily managing and taking care of those rights and keeping the business going. I think it’s important to keep handing down that experience of being saved by music. This unwavering primitive power that the music industry possesses to continue to produce songs that may save lives directly correlates with sustainability as well.”

The revival project shows us that music is a culture which induces communication across generations. Values from the past and the future are connected. Avex continues to take on the challenge of creating a sustainable music culture, surpassing the borders between generations. 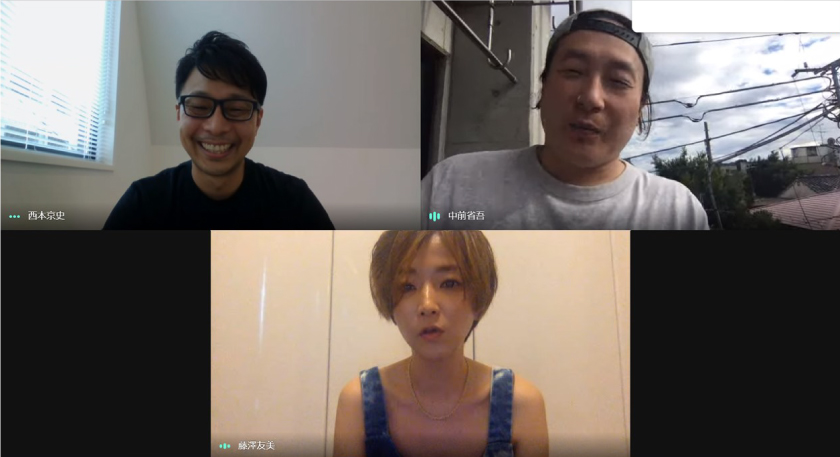