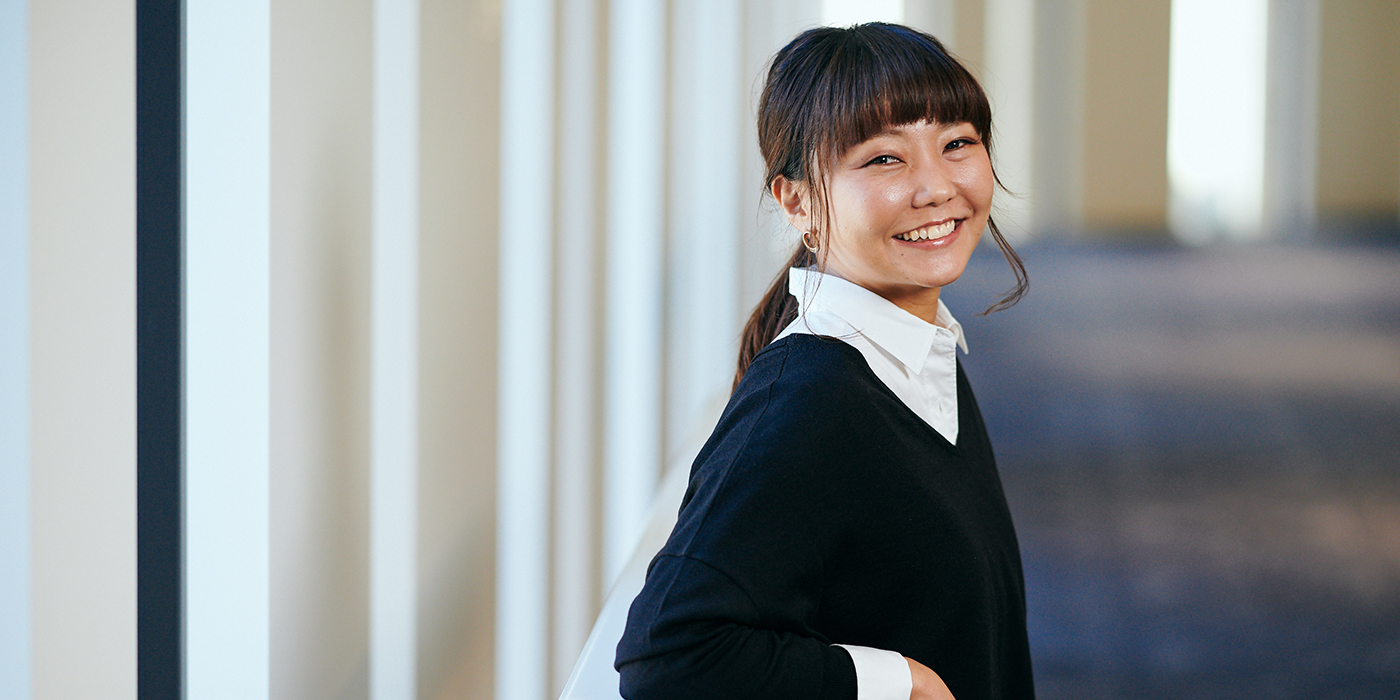 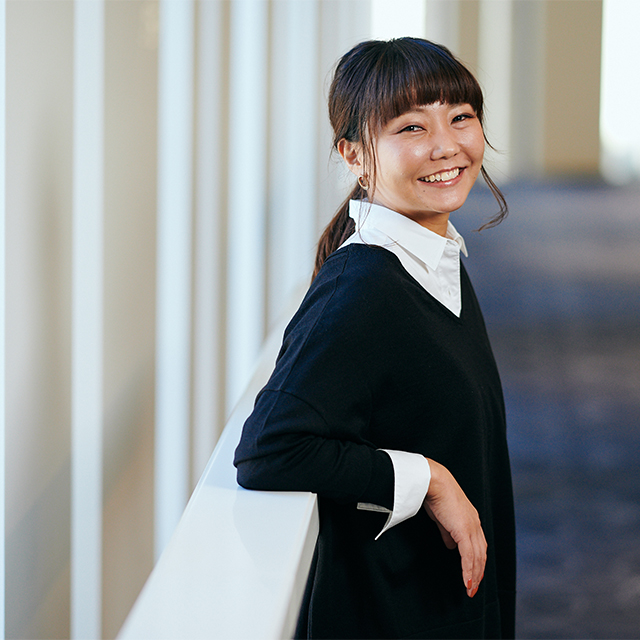 The curtain rose on the musical Monty Python's SPAMALOT featuring SPAM® at the Brillia HALL in Ikebukuro on Monday, January 18th, 2021. This hit premiered on Broadway in New York in 2005 and won three Tony Awards. In 2012, Avex produced the first Japanese premier. This year marks the third production of the popular play. We sat down with producer Yuzuru Yoshiike to ask about how the piece arrived on this year’s stage and some insight into Avex’s theater department. 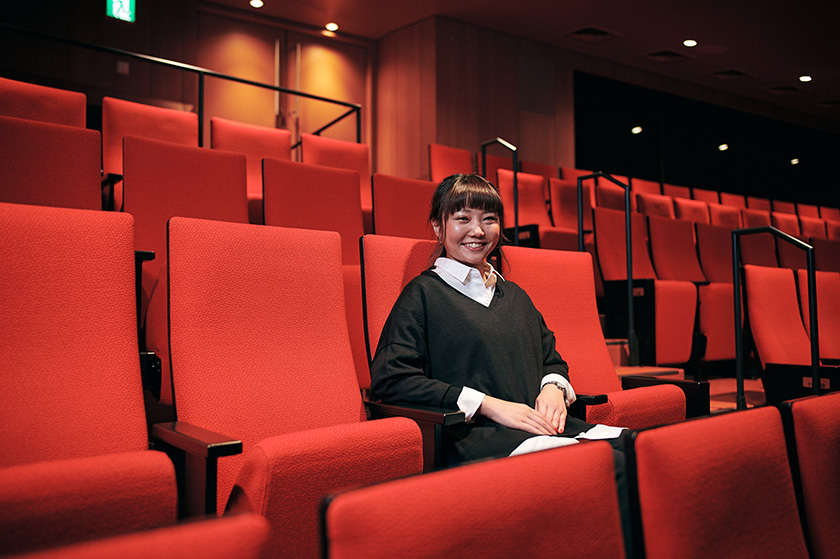 “Those who really want to be a producer can become one in a week’s time, those who don’t, won’t, no matter how long they try.” 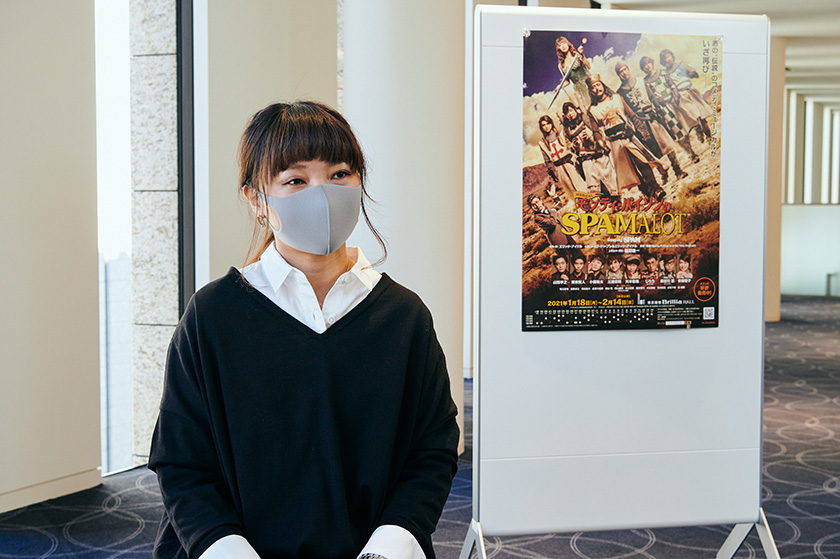 Deriving from the Avex live music department, the theater department was created in 2008. It currently staffs ten people, but when it first started, it was only Yoshiike and the out-of-house staff team. Yoshiike joined Avex halfway through her career in the music industry. She spent three years in the U.S. in elementary school because of her father’s work and was strongly influenced by music growing up.

“I played piano and the flute,” says Yoshiike, “and my parents took me to Broadway once every year. Music was always very close to me. I used to dance as a high school and university student. In university I directed and choreographed my own theater piece, but at the time I didn’t have any inclinations of making a career of it, let alone being a player in the industry myself.”

It was after she graduated that she looked back on the path she took and decided to enter the music industry.

“Work was fun and all, but I was approaching thirty, and I started to ask myself if this was the right path or not,” explains Yoshiike. “I looked back on my days in university when I was choreographing dance pieces, making decisions based on my inspiration and receiving applause and laughs and loving it all. I realized that I really wanted to create performances. The feeling grew stronger inside of me.”

It was around this time that she noticed Avex was looking for founding members for their new theater department so he applied and joined the company in 2008.

“I was in an empty room, still in preparation to become a proper department office. I worked directly under Kuroiwa (Katsumi) at the time, who is now the company president. He told me, ‘I can’t teach you anything about theater, but if there is something you want to do, do it now while you can.’ I remember like it was yesterday. He said, ‘Those who really want to be a producer can become one in a week’s time, those who don’t, won’t, no matter how long they try.’”

Taking Kuroiwa’s advice to heart, Yoshiike watched a wide variety of theater plays. The company even took her to New York. Though she may have had experience creating plays in university, she had absolutely no proper experience in the industry, let alone connections. On the other hand, it was normal for one to get their foot in the door of the theater world by becoming an assistant. In this respect, Yoshiike felt incredibly lucky to be free to do what she wanted from the very start.

“It meant so much being able to work in the industry without knowing what was taboo and what wasn’t,” she reminisces. “I knew there was no point in doing what other companies were doing. I’d be no match for them. So I thought of making creating a theater for people who had never seen a play in their life. One that was inviting and easy to enter. So I made a plan along this concept.”

Globetrotting for the “yes.” A popular series created by theambitious theater department 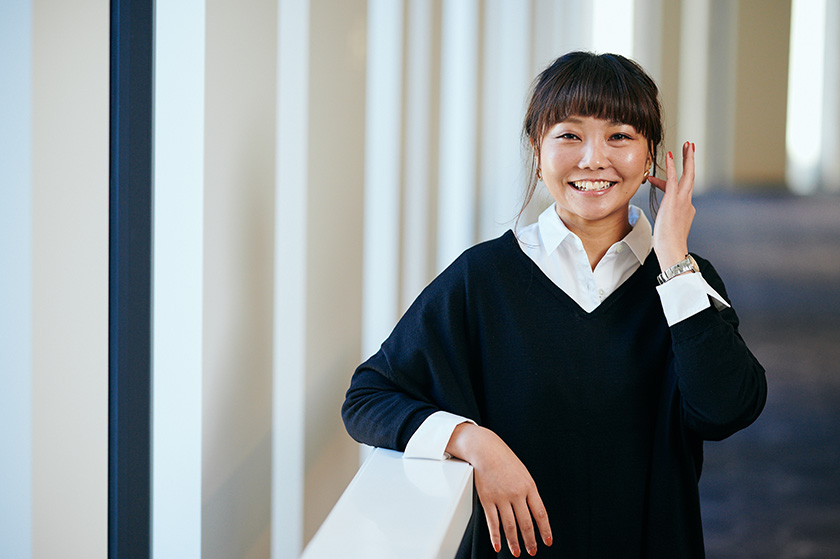 Yoshiike launched her first plan one year after joining the company. There was a popular column in the free magazine “R25” that a recruitment agency was publishing called The road of Smart “Moteryman”, that taught everyday tips for becoming popular. Yoshiike wanted to turn this into a play.

“This was an idea I would never be able to come up with now. Avex’s theater department was still so young, and that’s what gave meaning to us doing it. I contacted the publisher up right away and told them I wanted to turn the column into a play. They were so surprised, and asked me, ‘How do you plan on doing that?’”

Yoshiike wanted Yuuichi Fukuda to direct the play. Fukuda had successfully made a live-action movie of the manga The Three Young Men, a comic in the manga magazine Big Comic Spirits, featuring three part-time job-hoppers hanging out and chatting endlessly at a family restaurant. After watching the movie on DVD, Yoshiike knew who she wanted. After many efforts to get in contact with Fukuda, she finally booked a meeting—a meeting that would change the course of history for Yoshiike and the theater department.

“I first told him I would love to meet and talk because I wanted to turn one of his columns into a play since I didn’t want him to say ‘no’ without meeting first,” explains Yoshiike laughing. “When I met him in real life, I learned that he really likes to chat. We talked and talked and I couldn’t find the right timing to talk about Moteryman. After about two hours he said, ‘I should be going,’ so I hastily brought up the main topic and he says, ‘You’re talking about Moteryman, right?’ and I say, ‘Yes,’ so he says, ‘Yeah, I’ll do it, I’ll do it. I should be able to next summer.’ I learned afterwards that he was thinking that if any talk of turning a column into a play came his way, it had to be Moteryman.”

The play The road of Smart “Moteryman” premiered in 2009. Since then it has been reproduced four times, becoming a popular series. 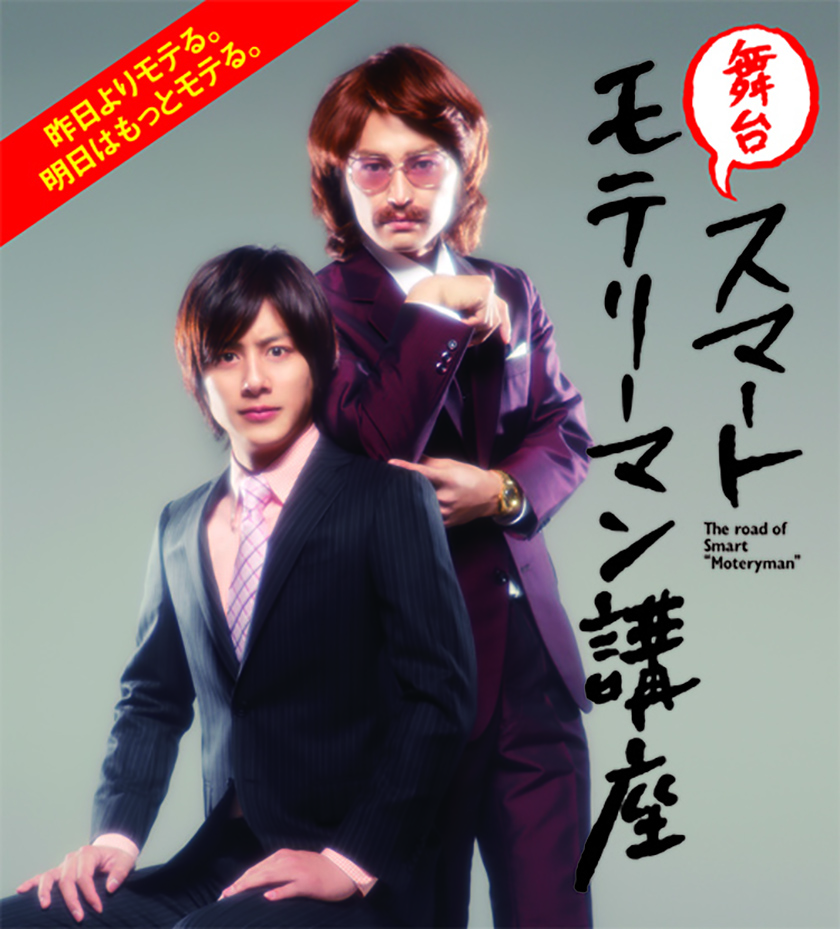 The most exciting topic of Yoshiike and Fukuda’s chat was the theater version of Monty Python’s SPAMALOT, the musical comedy based on Monty Python and the Holy Grail (1975) originated by England’s beloved comedy group Monty Python. Eric Idle, one of the group’s members, was responsible for turning the movie into a musical, which was directed by Mike Nichols and premiered on Broadway in 2005. Fukuda was sure to mention his love for the piece, saying, “My family took me to Broadway every year, and my favorite program was SPAMALOT.”

“I hadn’t seen the play but I knew about it, and Fukuda said, ‘I wonder why no one has brought it to Japan yet,’ so I replied, ‘Let’s do it.’ Like, ‘I’ve never done a musical before, but if it’s doable, then why not!’”

Yoshiike moved quickly. She told her superiors her plans and was soon on a plane to Wimbledon, England where SPAMALOT was first performed. After that she flew to Broadway to obtain the rights for the production.

“The company with the production rights said OK right on the spot. When I called Fukuda to tell him I got it, he was surprised, like, ‘What, you can just go and pick one up like a carrot at a super market or something?’” Yoshiike chuckled.

SPAMALOT is a comedic parody on the old knights tail of King Arthur, a story told across the whole world let alone Europe.

“When performing foreign musicals in other countries, they usually tell you not to deviate from the original script at all, not even a single line. But the playwright Eric Idle, being an original Monty Python member himself, understood that there was no point in doing the play if people weren’t going to laugh. I explained in detail to him what was popular in Japan at the time, and why this play would be funny, and he allowed us to include domestic current events in the Japanese version—the perfect piece for Yuuichi Fukuda to direct.”

“My target is always myself.”
The future of the theater industry is pathed
from the perspective of newcomers 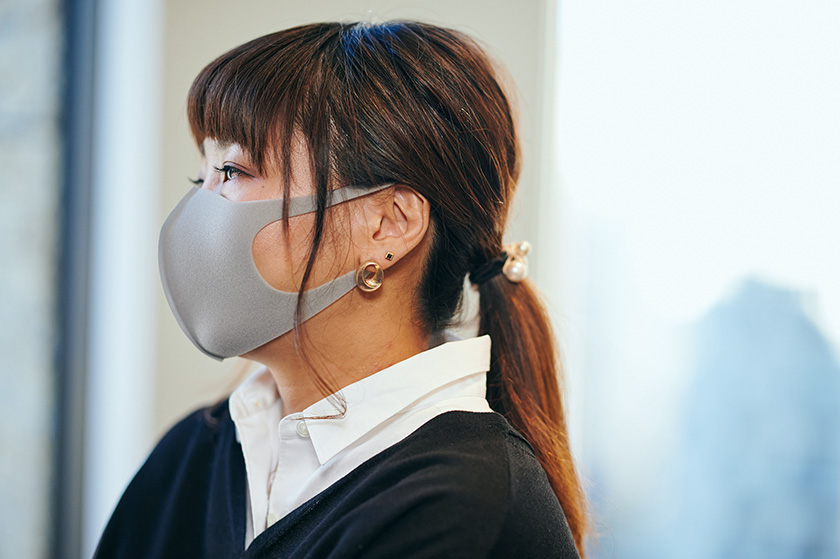 It has been thirteen years since Yoshiike first joined the company. After gaining knowhow and creating a formidable personal network, she has become a famous producer in Avex and a name to know in the industry. So what does she place importance on when choosing new pieces to produce?

“I see Avex as a company that produces hits for the masses. So I think, well, if they’re going to do theater, it can’t be deep. It has to be something light and fun for people who have never seen a play before. I want to make pieces with a newcomer’s perspective. I was never deeply involved in theater myself, so I want to make whatever I think seems intriguing, something that I would want to see. If I lose grasp of this, I might as well quit. My target is always myself. I want to continue making pieces that I look forward to seeing on the first day more than anyone, ones that I am the most excited for. 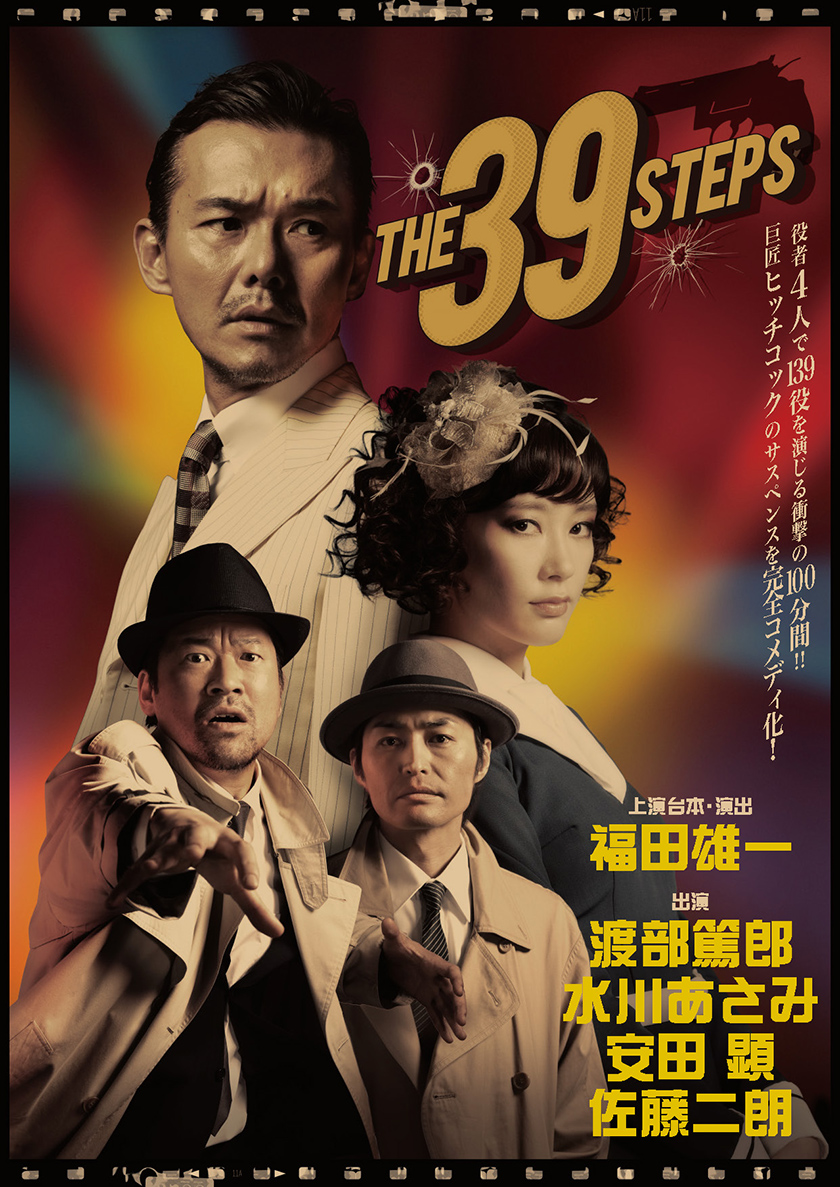 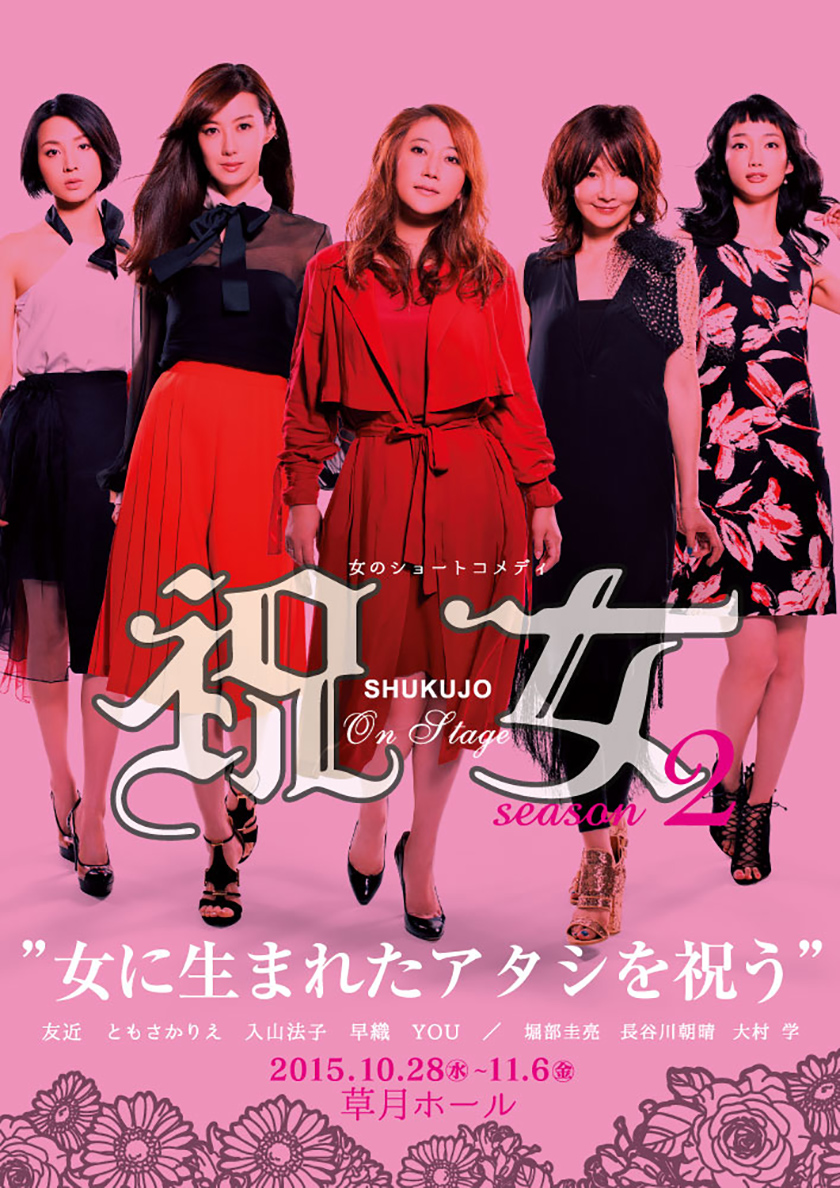 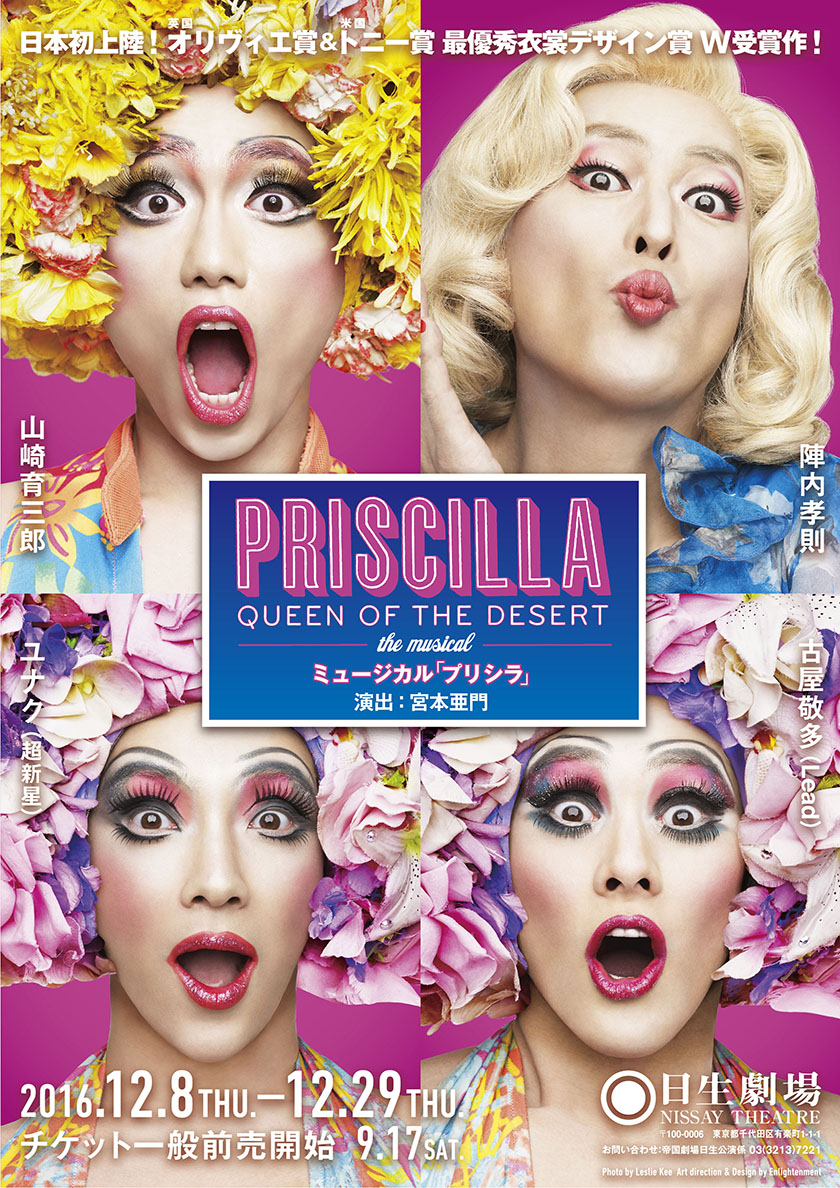 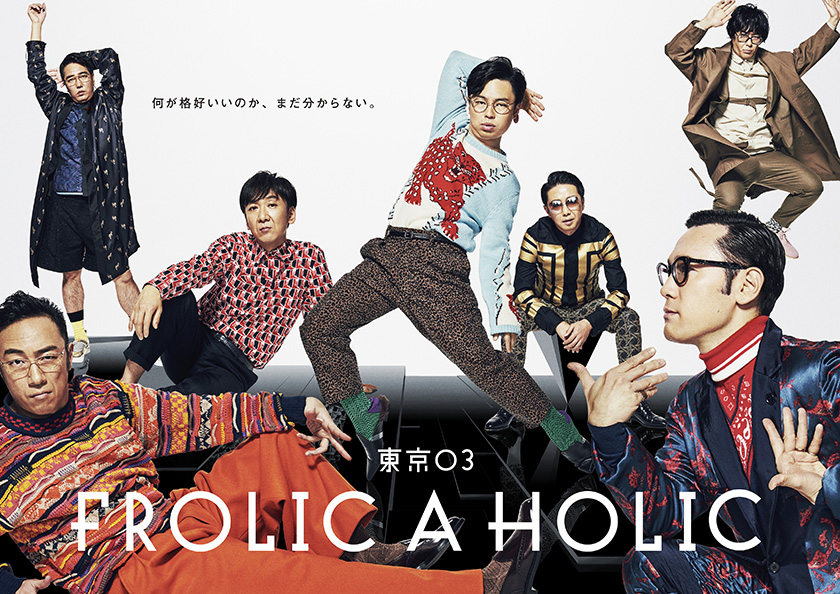 The theater industry has been severely hit by the Coronavirus in ways unprecedented. There are surely many programs that have been forced to either postpone or cancel because an actor or staff member was tested positive for the virus. However, the entire cast and staff of SPAMALOT were given PCR tests before the first performance and they all passed, giving a go for the curtain to rise.

“There are many people who refrain from coming to the theater, and it pains them to do so,” says Yoshiike. “It also pains me that so many people are not able to come when they would really love to. But for the people who do come, we put our heart and soul into putting on an entertaining performance. The cast and staff have talked and are committed to performing no matter if there is only one person in the audience. We’ll do it for them. SPAMALOT’s theme is to ‘always look on the bright side of life.’ I think the world needs this program now more than ever. Live performances are such splendid things. The great thing about it is you can still laugh and cry with everyone, even while wearing a mask.”

Yoshiike has a grandiose goal of making a “Broadway” in Japan. She was sure to let Kuroiwa know this during her interview for the company as well.

“Of course I know now just how hard of a feat that is, and I am shy to admit it, but I still feel this way,” she confesses. “I want make it more of a casual experience for everyone. I want to make more plays where people can choose then and there, that day, to go to the theater. I have as many issues to tackle as I do things I want to do.”

It is not such an easy thing for people who have never seen a play to visit a theater. Regardless still, or rather, it is for this very reason, that Yoshiike continues to make low-hurdle plays from a newcomer’s perspective. This may be just one small step in the big scheme of things, but it is sure to become a noble challenge with the potential to change the theater industry of Japan. 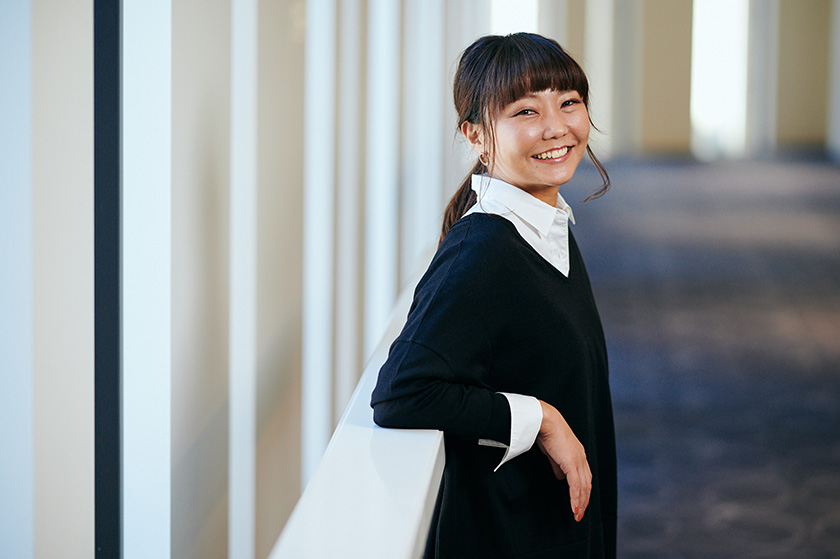 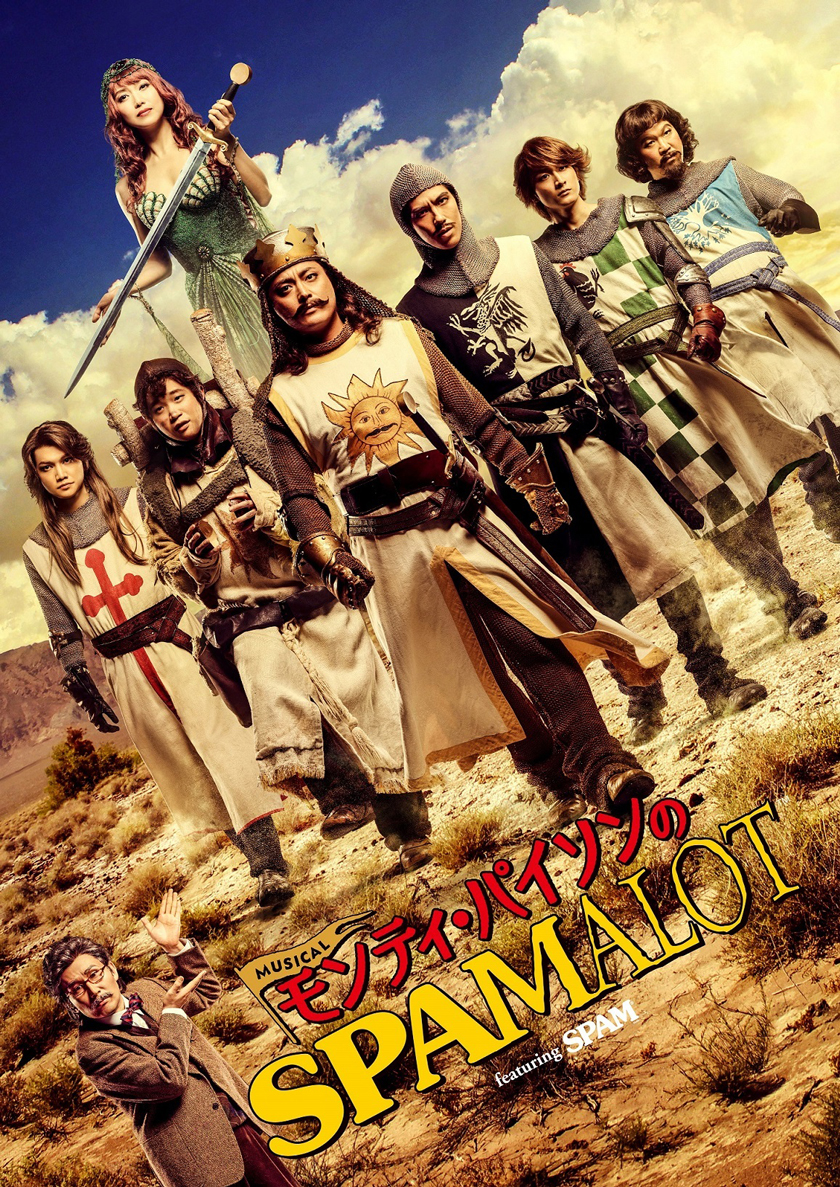