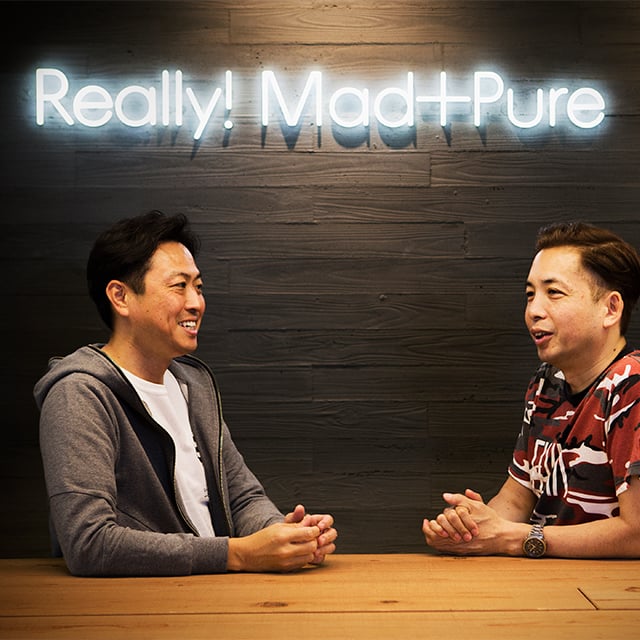 Current as the origin.
SUPER EUROBEAT challenges 250th album in its 30th year

There might be almost no one who don't know the name and the music "SUPER EUROBEAT" (hereinafter referred to as "SEB") among Japanese over 30 years old. It is a series that the present CEO Masato Matsuura "imported" Eurobeat individually from the viewpoint of a music lover at the dawn of Avex, and made up the image of the company's early days called "Avex of dance music". The 250th album of this series, which is so to speak the backbone of the company, will be released this autumn in the year of the 30th anniversary of the company. Therefore, we interviewed the following two about the history of SEB, the strategy so far, and efforts towards the milestone of 250th work etc: Satoshi Yokota (DJ BOSS) who's been playing SEB at the DJ scene from the beginning and been participating as a producer from 2000, and Toshiro Takano, Avex Entertainment Inc.

In 1990, Mr. Matsuura, who was a managing director at the time, was fascinated by European dance music, which was named "High Energy", and "Avex trax" was established to distribute the imported records to rental record shops and to release them as compilation albums. This is also noted at the beginning of the company chronology.

Yokota "At first, I was in a position to play tracks on" SEB " at Yokohama Maharaja etc. as a DJ. Later, the store closed, and I began involving with productions from around '00. I was interacting about instructions on tracks with productions in Italy through Avex. "

It was also a part-time job at Yokohama Maharaja where Takano encountered Mr. Yokota in his school days and got the chance to be in charge of "SEB". Yokota looks back on Avex at the time. "In the old days, Avex was not such a big company, so it was an era when I was able to join it in an atmosphere like just being introduced as a cheerful guy working at a disco. It was more like a club activities, and not like a normal company. And there was an image that we were doing what other companies never did. Eurobeat is also the same in a sense, no other companies did anything like buying the whole import records, but Mr. Matsuura thought that there was a business opportunity because of that. Above all, he loved the tracks at the very bottom of the eurobeat, that's why he launched this series at his own company, I think.”

While being a high-speed BPM dance music, SEB had become a mega hit series because of the commonatilities with J-pop such as having A Melody, B Melody and hook, and somewhat melancholy melodies.

Takano "In terms of the work amount, I was working with an another senior director, but at the peak time there were over 50 titles a year, that means, there was some release once a week. Contents of the work were diverse: from handling the production plan to the organization team, production of the sound source, creation of the Para para 's choreography and shooting, proofreading of liners, translations and song commentaries etc., up to promotion to clubs nationwide. So, looking back, it was quite a workload. " 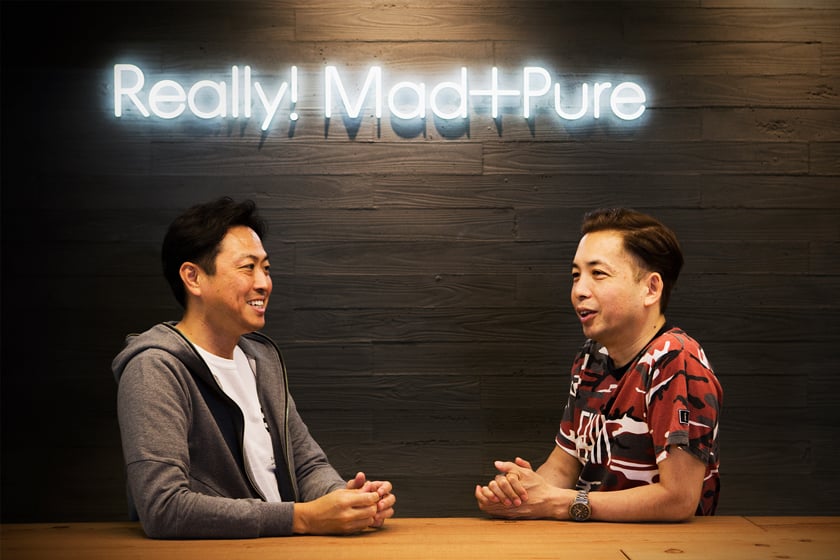 Disco became the source of the dissemination, a choreography culture called "Para para" was born, and its influence also spread to J-pop. Collaboration with Tetsuya Komuro produced a series of megahits, such as the debut of TRF in '93, and dance music became established at the living room level.

Yokota "I was watching TRF since their debut. Mr. Matsuura started up TRF together with Mr. Komuro, and I think that his point of view was amazing. At that time, Techno was popular at the disco, but it wasn't perceived in general at all. However, by making Japanese music artists sing it, it became standards in karaoke, creating an axis where everyone could also sing and dance. Namie Amuro also became famous around the Disco area with her song "TRY ME”, and then spread to the public. Mr. Matsuura made a music in the underground category called Disco major by using it for J-pops.”

In the second stage of SEB, needs expanded from a hit in the scene called Disco in the early 90 's to a big movement in the J-pop scene. It was unique that the target layer were changing and further diffusing.

Yokota "After that the third boom came, and it was '99 – '01. Takuya Kimura danced to it on "SMAP × SMAP", and high school girls were dancing Para Para on the streets of Shibuya. It targeted the general population rather than disco this time. Furthermore, Mickey Mouse danced, kindergarten children danced in the classroom, and even grandpa and grandma knew what it was through TV. It spread to that extent. "

Besides, at the time of the third boom, Avex's own artists such as Ayumi Hamasaki and Every Little Thing's Eurobeat remixes were released one after another. It is also SEB likelihood that the structure of the song itself is invariant, while having flexibility to take measures that assume the target in accordance with the change of the times.

Yokota "According to the times, variations of the sounds, sound pressure and such have changed, but even with a composition of songs, things on the axis are almost unchanged. I think it's because there are melodies that are liked by Japanese as an axis. So, now that we have repeated until the 249th album in a series, the criterion that we've never removed is constancy. I think that what we continue daringly is the greatness of not changing. " 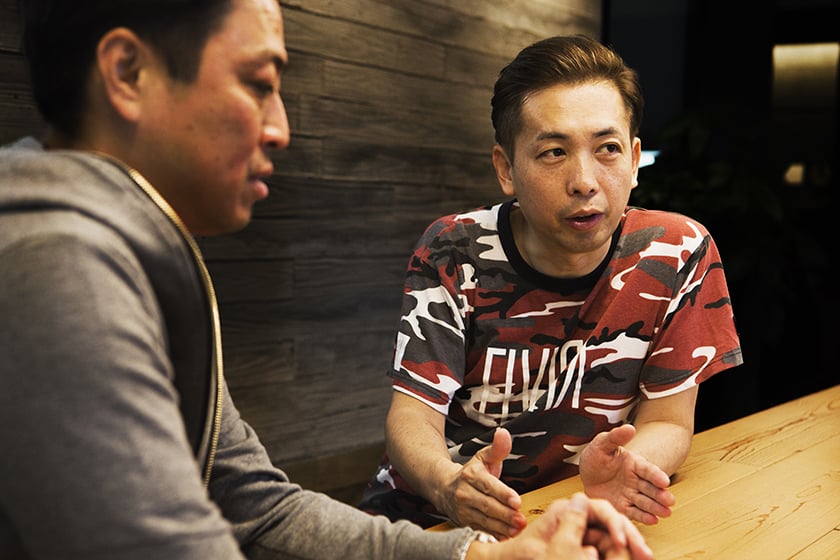 However, after the third boom has left, the image that "Ganguro gal in Shibuya is dancing Para Para" suddenly became a minus image. In '03 and '04, the series continued, but it was a dark era when there was no breakthrough even though the next releases were decided, they said. Although the Eurobeat version of “Koi no Maiahi" (Dragostea Din Tei) somewhat became a topic, the boom didn't get excited again.

Still SEB, the starting point of Avex, has repeated series, and is scheduled to release the 250th of the series this year. What happened to such an anniversary year is the revival of the bubble generation including the Eurobeat. Although it was released from other company, due to the appearance of "Dancing Hero" of Yoko Oginome, the appearance of popular DJs as reproducing the disco of the bubble generation, and the appearance of DJ BOSS on "Matsuko no Shiranai Sekai" (The world unknown to Matsuko), it appealed its existence and future to the 2nd and 3rd generation as well as the generations that don't know Para Para and the Eurobeat boom. They have also resumed collaboration with other industries. For example, the legendary gal magazine "egg" had been transferred to the web version, where contemporary girls think about the choreography of original Para Para, and upload movies recorded in Shibuya.

Furthermore, at the same time DA PUMP's "U.S.A." and Thelma Aoyama's "Sekai no Chu-Shin (Center of the world)" caused a buzz, real-time generation and teenagers are now paying attention to its unhip-coolness. It is good time to raise the release of a memorable 250th of the series by receiving those boosts.

Yokota "However, as we are reaching 250th, since it's getting unreasonable with the way we'd sold so far, we want to change the direction at this opportunity. We'd been releasing one CD in a month, but also in this time when CDs can not be sold so well, we are thinking to make producers make good tracks over a year and release them about once a year. Meaning that, we will concentrate the time and change the way of selling as well. "

Takano "At the same time, in the sense of revitalizing the old tracks, we have also begun the direction to enhance streaming and delivery limited items. There are many catalogs of dance music including Eurobeat, and some of them have worldwide copyrights. From now on, we'd like to make a team that specializes in delivering old tracks mainly in the dance music genre, and make great use of it. "

The memorable 250th album will be a 3 disks set. The theme is to record 100 tracks selected by the CEO, Mr. Matsuura, 100 historic masterpieces, and 50 Japanese Eurobeats.

Takano "It includes early hit songs, original tracks of Japanese covers, tracks that had been rage of the times with Para Para, and Japanese music tracks nonstop. I think that there will be many people who remember the scene at the time, themselves, and the friends who spent together as listening to them. By all means, people tend to pay attention to the booms such as Para Para, but it would be great if you could feel the goodness of the tracks, which is the essence of Eurobeat as well. "

Along with the release of this anniversary album, live events inviting SEB participating artists will be held in Tokyo, Osaka and Nagoya in late October.

SEB is a huge business and a music style which is also the starting point of establishment of Avex.

"Heisei will end this year, Mr. Komuro and Ms. Amuro retired and the company is heading for a new era with the milestone of 30th anniversary. SEB and Para Para had been going through the big boom three times in the past. As the milestone of this 250th album of the series, and as the SEB New Era = 'SEB 4.0', we would like to create the self-assertive work while responding to the needs of the times.” says Takano. It may continue symbolizing Avex's challenging stance beyond mere the boom or the compilation series.