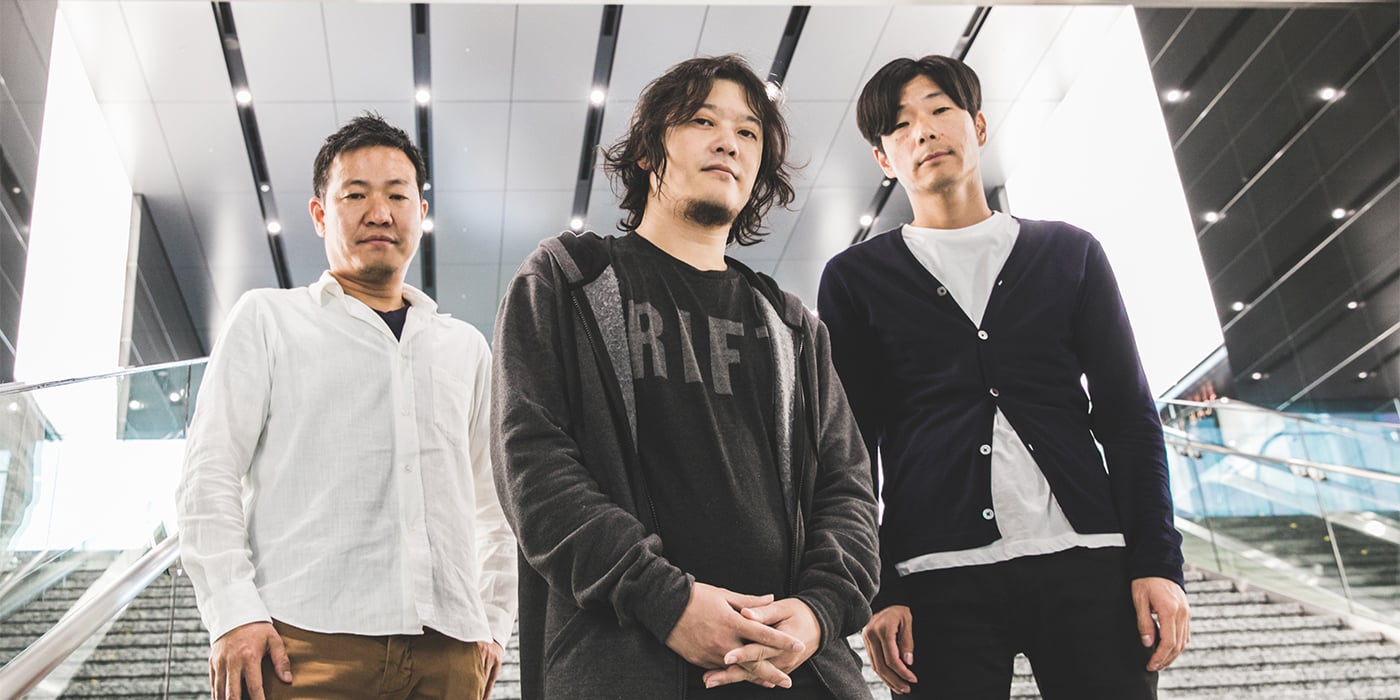 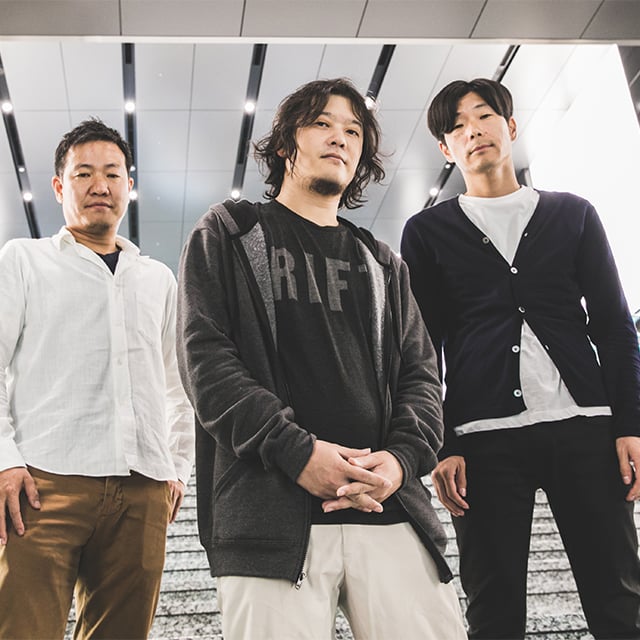 In September 2018, Avex Inc. and XVI Inc. announced the establishment of "AniCast Lab." utilizing VTuber and VR to pursue new animation expressions. They combine VR technology held by XVI's, IP (intellectual property rights) of Avex, and Avex Pictures and FLAGSHIP LINE's know-how of animation production to create next-generation animation contents. We will deliver interviews on its significance and efforts in two parts. The first interview was with Mr.Iwanaga, Mr.Ohyama from Axex, and Mr. Yoshihito Kondo who is representative director of XVI.

Laboratory aimed at "democratization"
of the animation industry and trial & error 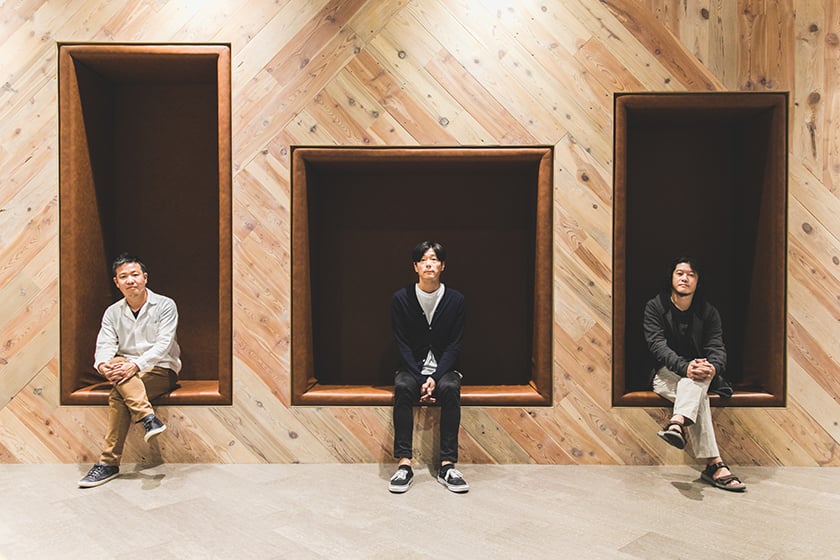 Through intuitive animation production by VR, "AniCast Lab." was established with the aim of "the concept of how to make new animation that has never existed". Compared to traditional animations, animation can be made in a short time with a small number of people while keeping costs down - This initiative that creates one paradigm shift in the industry is triggered by the birth of AniCast, a VR animation production tool that can also be delivered.

Iwanaga "I knew that Mr. Kondo was working on various things, since I was originally associated with him. At some point, I was surprised like 'They have such a technology!' to hear that 'SHOWROOM will do something like this'. One of the products Mr. Kondo had was AniCast. "

Originally, AniCast is based on the product of "individual research" of XVI's Director Murohashi, which he didn't intend to put out. However, the technology and the product were regrettably completed not to put out. And they say that the response when it came out to the world was more than expected.

Iwanaga "As much as I put it aside, the timing matched and the attention level further increased. I think there are many good technologies, but there are many cases where people cannot imagine how to use them. I think that it is great that VTuber and the animation industry have become like 'there is such kind of technology approach as well'. "

Although they knew each other originally, we found something inevitable in establishing AniCast Lab. Iwanaga also recalls those days, "I think that there was a feeling like 'why don't we do it, regardless of the announcement?' "

Iwanaga "Even at the stage where something wasn't decided precisely, we were talking about what would be the next generation animation. Creators, including Oyama, were in and out of XVI."

Oyama "I'm doing animation production at Avex Pictures, but because the expression of a new animation came out, not only producers but also creators were going in and out of XVI. There were sometimes when talk got excited and we were talking about for 8 hours or something. "

Iwanaga "What people in the animation industry thought interesting became a key and we tried to 'democratize' this technology together so that common people can easily use this technology. Then once we leave earnings in mind, and let's try and error. - from there, it was connected to the form of a laboratory. " 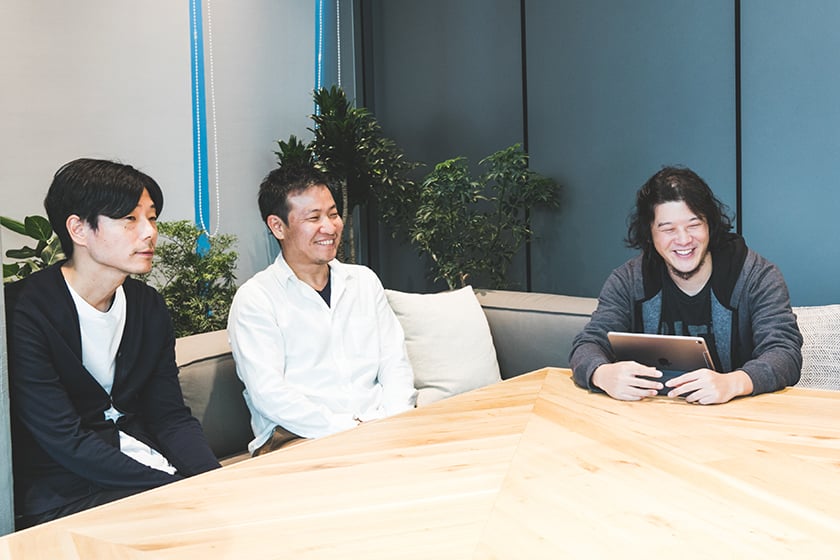 The animation shooting of AniCast Lab. is characterized by an intuitive interface as if actually taking a movie. It will change the concept of how to make traditional animation based on the plane surface, but the purpose of AniCast Lab. is not to distinguish the way that have been done so far.

Kondo "We are also aiming to incorporate traditional animation expressions and practices. People who have watched anime until now can also see it without discomfort. It exists as one landing point.”

Oyama "I think that the flow that's beginning to be able to create images individually like YouTuber and VTuber comes to animation as well. I think that the ways of expressions between TV and YouTube are different, and what kind of output will it become when the creators who are accustomed to the conventional animation actually does it... Currently, that's the situation."

Iwanaga "In Avex, the fact that the wave of VTuber came in the world turned out to be a prompt wind, but there was also a market afterwards which was invisible at all. However, AniCast is not just an animation in which VTuber comes out. The fact that the wave of the times matched with the function of AniCast was a big deciding factor. Even as a company, we have the vision of creating an IP, so it was also suitable for it. "

Although there was a wave of VTuber, movement within Avex, including a variety of music approaches, scattered. They formed a lab as one of them.

Iwanaga "It was supposed to try first with trial and error including the outside. Otherwise we won't be able to give feedback to the product, and if we focus on monetization only for new things, good things will be facing a crisis. If we see from the perspective of multiple aspects, not from one aspect, there is a discovery that 'we can use this, can't we?'. At that time, it is overwhelmingly better if the number of ideas and the angle that can be tried is large. The form of the lab was perfect for that."

Kondo "I was looking for an exit while thinking that 'there will be an era of using such technology,' which already existed as technology. Next, AniCast is making content that photographers and lighting staff enters in VR space and can take movies. In other words, hybrid with the way to shoot with live-action film. Animation can be made in the way of movie production. Then different creators like those who were doing the live-action-oriented film may come into the world of animation and make works with innovative camera works. "

Iwanaga: “Even though they thought 'This is doable,' if the equipment to do costs 20 million yen or so, the threshold will be still high. Not like that, as we have created a mechanism that even ordinary people can do, there must be a principle that the market spreads within it. "

With the appearance of the VR native generation,
a new job category will be born 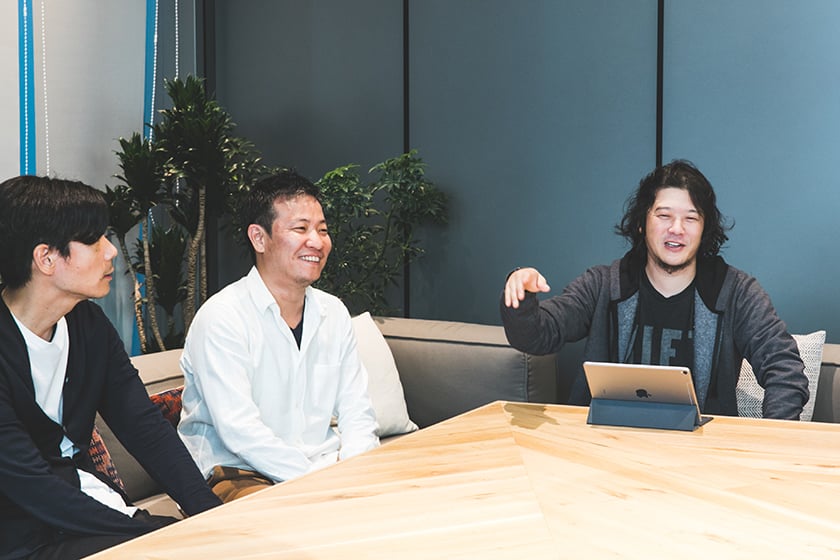 Among the young people who like animation, there might be one who thinks that "How can I make such an animation?" However, what kind of technology should I learn and what sort of production company should I enter... It may have been that hints have disappeared in the height of the hurdle.

Oyama "From now on, I think that the kinds who make animations and movies alone will come out.”

Kondo “In fact, there are a lot of people who actually make songs using a personal computer now, right? But in the past there was no PC, so people played the guitar or the piano and recorded. But with the advent of computers, various people were able to become composers. In addition, people who cannot sing songs can use Vocaloid to even have them sing in Miku Hatsune. I think that it's the same. Computers assist human beings' power, making it more intuitive to produce using VR technology. I think that there is a key to spreading VR."

Iwanaga "I actually feel intuitive when I try it. After all, what man needs training to make always needs school, tools or something. Also, when creating three-dimensional objects in two dimensions, the structure can only be expressed by programming or the like. However, XVI's technology doesn't have much to think about even when placing something. People don't mind how figures or coordinates are, and can make images such as animation with a sense. It's simple enough to think like, 'I can make it even I were elementary school or junior high school student.'”

Kondo "Until now, you can do whatever you clicked on with the mouse each time in the VR space. In the first place, it's very hard to work on a three-dimensional space with a flat monitor. With VR technology you can enter 3 dimensional space and make it intuitive."

Depending on the technologies, products and mechanisms of AniCast Lab., It's a definite matter that new talents will be born from now on. It's especially young talent.

Iwanaga “I think that the new job category will be born. VTuber didn't exist until a while ago. A new job will be born using this technology and a product. "

Kondo "As new work will be created, it's possible that a completely different talent will bloom. I think that 'VR native generation' will appear. Besides, young generation like elementary school students don't have prejudice, and they may be flexible for VR. Because adults will be more cynical.”

The cause of AniCast Lab. is not to destroy existing methods and formats but to discover unknown talent with new technology and to create the possibility of animation expression leading to the next generation. Overall it will lead to boost Japanese animation and VR industry. In the second interview, Mr. Masashi Mikami from Gugenka who decided to participate in AniCast Lab. will appear. We are approaching the project of "Megu Shinonome" handled by Gugenka.

＞Utilizing Megu Shinonome, what is the vision that AniCast Lab. 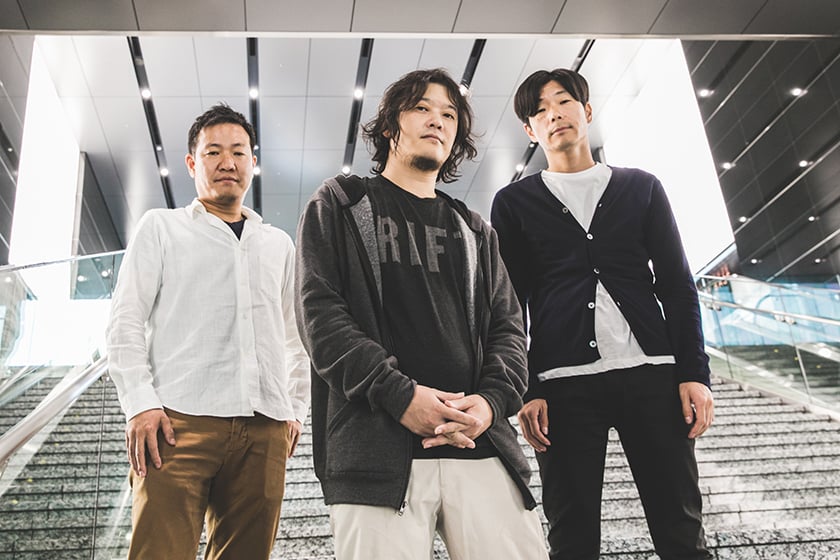